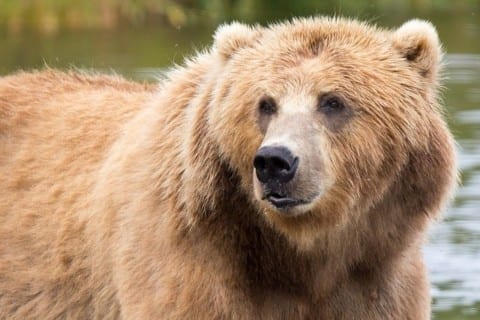 Zoos are horrible for not just animals, but for humans too. Zoos put humans and animals into contact in far too many situations that wouldn’t have occurred naturally.

In recent news, Harambe the gorilla was killed when a child fell into his enclosure. There is a strong argument that the zookeeper’s did the right thing in killing the gorilla; they didn’t know whether the gorilla was going to harm the boy, or if the tranquilizers would act fast enough to sedate the gorilla.

But in reality, if gorillas had never been put into that zoo in the first place, there would have been no enclosure for the kid to fall into and no reason for an animal to be shot. Zoos are harmful to humans too, and a lot of the time, the blame falls on the animals for being too aggressive or uncontrollable. But, as I said before, if zoos weren’t a thing in the first place, there would be severely less unnatural encounters between animals and humans.

But when you think about it, it’s no real surprise that animals are acting out in such aggressive behaviors. With the animals being kept inside such small enclosures, it can often be devastating to the animals mental health. And the injustices don’t stop there.

In one zoo, in order to protect the mental health of a bunch of penguins, the penguins were put on antidepressants. People were defending the zoo saying that they were giving the animals the medicine to protect and them, and that the medicine was for the animals “best interest”. But animals shouldn’t need to be put on antidepressants in the first place. Zoos create such an unnatural and unhealthy setting that it is detrimental to the mental health of thousands of animals.

Another injustice that has occured in a zoo was absolutely horrible. A giraffe, who was middle aged and still had over half of its life left, was injured when roaming in its exhibit. The price to repair the injury to the giraffe was pretty expensive, so rather than paying to have it healed, it was fed to the lions in the zoo, and when the zoo director was questioned on why they did this, he said that the giraffe was no longer “useful” to the zoo and that this was the right thing to do.

And yes, while the giraffe might have experienced the same fate in the wild, it is horrible to see. Zoos should be the one place that is protecting animals, including healing them when they get hurt. If zoos are supposed to be place that teaches about conservation and protecting animals, then all the animals there should be safe. And while there are plenty of healthy places where animals can go to get reprieve if they are injured, every single zoo should act as a place of refuge and safety for all animals.

Carter,
I agree with you and believe animals shouldn’t be kept in zoos as they are not very safe for the animals. Animals should be able to stay in their natural habitats and not be taken to zoos where they are put into cages. One sentence that you wrote that stands out for me is “Zoos create such an unnatural and unhealthy setting that it is detrimental to the mental health of thousands of animals” because it really changes my whole perspective on zoos and how they have such negative effects on animals. I really think that zoos should start caring more about their animals and making sure they’re healthy and safe.

Carter,
I agree that zoos are not a good place for animals. I understand that many animals are not even treated fairly in these zoos. I feel that we were all raised to think that zoos are happy places for animals to live in when in reality they are way too small for them and also puts us humans and the animals in danger.

Carter,
Your article was filled with tons of info, and i agree with you on every point you made. I agree zoo’s are unacceptable for the animals and human. Wild animals should not be caged, instead they should be roaming free in the wild. I heard and read about the Harambre situation, and it was horrible. I don’t think the zookeepers should have ended his life, he was acting out the way he was born to, Wild. I never heard the story of the injured giraffe but i believe that that giraffe should have lived as well. Even though the zookeeper’s couldn’t pay the expenses to help the injured giraffe there is other sanctuaries that could’ve taken in and cared for the giraffe. There are so many other options other than to kill the animal, also in both cases killing the animal was most likely excruciating pain for them. If there had to be a very valid reason to kill an animal, there needs to be a less painful way for a zoo to do it.

Carter,
Your article was very informative and in the fourth paragraph where you mention “in the last 20 years, 42 animals have been killed for escaping or getting too close to humans” I became very frustrated. I have heard about the cruelty that comes with zoos and the lack of food, freedom, respect, etc, but I had never heard of actually killing the animals. After looking into organizations that share your passion I found https://www.ifaw.org/united-states, which is known for protecting and preserving animal welfare. I enjoyed reading your post, good luck with your research!

Carter,
Zoos can have negative impacts on animals but they can also serve as the best educational tool for people to learn about these animals. We would have known how animals would react to being out of their environment and we study how they act in their environment to contrast the two. We have learned alot about animals but also about ourselves from entrapping animals and studying them. I agree that Zoos however no longer serve a functional purpose and should be eliminated but at one point they did and we can’t forget about that.

Carter, I couldn’t agree more that Zoos are very detrimental to the health of the animals being held there, however, I also believe there are many zoos and sanctuaries that do great things for species that may be endangered. Many animals are on the brink of death or extinction and we can help them return to health. If Zoos are applied like this, they are a great thing, however too often they are not. As you said there are many circumstances where Zoos are purely using the animals for profit and do not care about the health of the animal. I think there should be much less Zoos than there are right now and in their place several large well looked after sanctuaries. Here is a link that I think could help in your research. https://www.nytimes.com/2014/07/06/magazine/zoo-animals-and-their-discontents.html

Carter,
I can not agree more with you!!! Zoos are awful places, the two main reasons is that they capture animals from the wild and throw them in cages for people to view them without going in the wild, and the other reason is their are very annoying kids running around everywhere. Sanctuaries for animals are a much better concept because they actually rehabilitate animals and treat them well. Here is an article that should help you with your research.
https://www.washingtonpost.com/news/animalia/wp/2016/07/08/zoos-are-built-for-people-animals-need-sanctuaries-instead/?utm_term=.f7ba5e0e4956

Carter,
I have never thought about this as a problem before reading this article. I totally agree that it is harmful for the fact that it places both the animal and human in situations that would never happen naturally. Without placing these animals in a zoo we would never have the problem of having to kill these animals if they begin to become aggravated. What happened with Harambe was a tragedy. We should not have had to kill such a beautiful animal.

This is a very interesting topic. It seems as if most people think that a zoo is normal, because they have been around for so long, but like you reiterated, an animal in a cage is not normal. I have also seen articles and news headlines that animals have become even more aggressive in enclosures because it is not where they were meant to survive. Reading the story about the giraffe fed to the lion is absolutely horrifying, and I’m sure the zookeepers felt justified because a lion would eat a giraffe in the wild, but this is not the same. I found a great article about whether or not the zoo is ethical if you want to take a look! https://www.avma.org/news/javmanews/pages/021201d.aspx

Carter,
I agree the zoos and bad and often times treat animals very badly. People trust that the zoo is a happy and fun place for everybody involved where animals are kept in environments simaler to where they came from where they can lead happy and healthy lives. I think that some zoos probably are good and ethical, but I think that more precautions need to be take to ensure that animals are safe and happy.