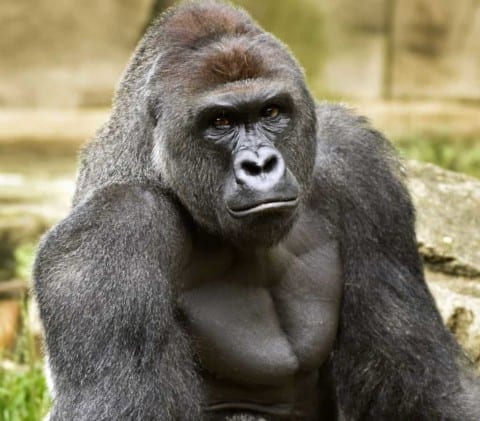 Today, zoos are visited by many people because they want to examine the rare and endangered animals the zoo has to offer. Recently, a silverback gorilla named Harambe was shot at the Cincinnati zoo because a child the age of three climbed into his cage and the protocol was to shoot him to save the child. The zoo decided to shoot Harambe rather than tranquilizing him because they didn’t want to risk the child getting hurt.

The shooting of Harambe was questionable but I am not as worried about that as I am about the quality of the cages. I believe that you should reevaluate the zoos regulations because there should be no reason for a visitor to be able to get into an animals cage unauthorized. However, this hasn’t been the first case that a person has gotten into an animals cage but this has happened many times.

When the Cincinnati zoo owner was interviewed after the Harambe incident, he said that his cages were “better quality” that those required and that is saying a lot of things because if someone could climb into a cage that’s better made, then the other zoos that are doing the minimum regulations should be easy to get into as well.

If you really believe in the health and security of the people and the animals at the zoo, then you will add stricter regulation to prevent any type of situation similar to this from happening again.

Such a shame that Harambe had to die. Should’ve stepped up their zoo regulations.

Dear Tuan
I am very enraged about the problem that you were focus on, “Zoo regulations and security.” because lack of responsibilities just killed Harambe.
One sentence you wrote that stands out for me is “If you really believe in the health and security of the people and the animals at the zoo, then you will add stricter regulation to prevent any type of situation similar to this from happening again.”I think this is a heartfelt comment for the government because it’s time to make a real “well-made” cage, to protect not only the animals but also people. They shouldn’t have killed a life because of human errors.
Thanks for your writing. I look forward to seeing what you write next, because your ideas are very stand out for me.

Rest in peace harambe you will be missed #slopeisforharambe

Yes it was not Harambe’s fault,You really shouldn’t shoot a gorilla because a ? got into a “well-made” cage.you should get the ? out of that cage.

Yes that is true