What are the states in America doing to fix the issue of global warming?

Home What are the states in America doing to fix the issue of global warming? 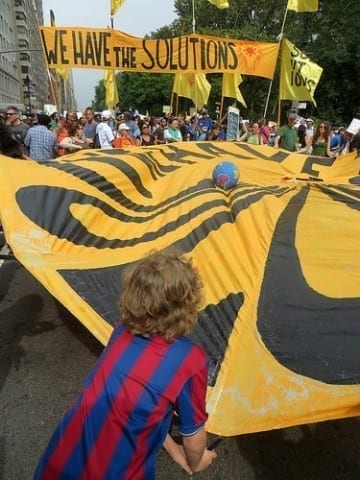 Looking at Gale Researcher, I went to Global Issues (in context) to look up some more information on my topic; What states in America (specifically coastal and central) are doing to fix the issue of global warming. How are states approaching the issue of climate change?

Over the last decade or so, most states have reduced their greenhouse gas emissions by promoting energy efficiency and renewable fuels. The Brookings Institution reported that between 2000 and 2014, 33 states and the District of Columbia cut carbon emissions while expanding their economies. That list includes red states run by Republican legislatures, like Alaska, Georgia, Tennessee and West Virginia.

Trump told The Times last month that he has an ”open mind” about climate change, but has also called it a ”hoax.” The people he has chosen to lead the Environmental Protection Agency, the Department of Energy and the Department of Interior — the three agencies with the greatest influence on energy policy — have either denied or expressed skepticism that human activity is causing global warming, something that virtually all scientists agree on. Many states will be able to meet the Clean Power Plan’s targets by following through on planned investments and increasing energy efficiency.

According to New York Times, “California and New York plan to cut greenhouse gas emissions to 40 percent below 1990 levels by 2030.” They continue to say that Hawaii hopes to get all of its electricity from renewable sources by 2045. “This month, Charlie Baker, the Republican governor of Massachusetts, proposed new rules for power plants and vehicles to make sure the state achieves its goal of a 25 percent cut from 1990 levels by 2020. Emissions are already down by around 20 percent. Cheap natural gas, which has increasingly replaced coal as a fuel source, has had a lot to do with this progress, but so has the drop in the cost of wind and solar power — 41 percent in the case of land-based wind turbines and 64 percent for solar, between 2008 and 2015, according to the Energy Department. The cost of batteries has dropped by almost three-fourths. In some states, including Iowa, Illinois, Kansas, Nebraska and parts of Texas, new wind turbines can generate electricity at a lower cost, without subsidies, than any other technology, according to a report published this month by researchers at the University of Texas at Austin.” (NYT)

This article is just what I needed to get my paper started. Many plans of the states are shared, showing how the United States will continue to fix this problem.