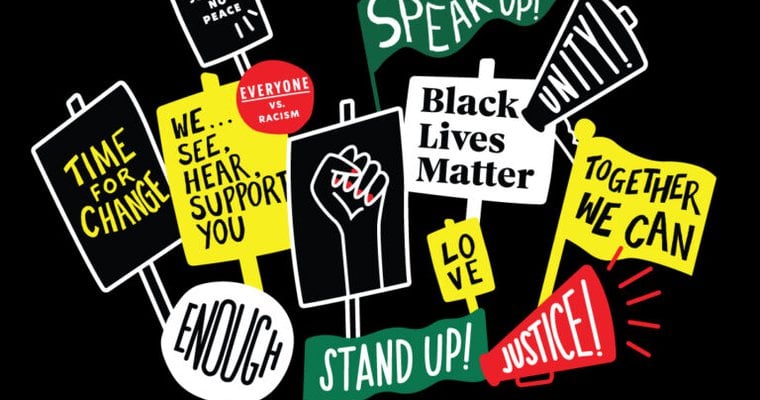 Although social activism is nothing new, the execution of it has changed over time.  Throughout history, one can see the different actions the public takes in order to create change, whether it be speeches and rallies or violence and fighting.  Today, activism has become a very prominent feature of young generations.  With access to numerous social media platforms, they are able to put forth their ideas and opinions quite easily, and they are taking advantage of the ease.  The youth of today express themselves on social media through several different forms.  With speeches, visual art, poems, and songs, they creatively share their stances and opinions on social issues (Harris).  The youth of today have found their voices, are taking the lead and are advocating for change.

During the rise of the Black Lives Matter movement, media platforms were flooded with both supportive and opposing views.  In response to the hashtag, #WhiteLivesMatter, which was against the movement, K-Pop fans tagged it on their posts, “drowning out white-supremacist messages with nonsensical or anti-racist posts” (McDermid).  The posts included videos and images of different K-Pop artists as well as posts with anti-racist messages.  It was incredibly effective and met with commendatory as well as hostile messages.  Those who supported the hashtag were quite angered as well as those who did not understand the purpose of the posts.  Although it garnered some negative reactions, K-Pop fans were not discouraged and “for a period of time, the posts completely buried nearly all actual racist messages using the hashtag” (McDermid).  They demonstrated amazing leadership and coordination and exhibited their incredible influence on the cyber world.  Additionally, with most of the K-Pop fans being in the fifteen to twenty age range, these actions showcase the involvement of the youth today (Indrawan).  They are taking matters into their own hands and driving out the old views that need to be forgotten.

In addition to racist views, the sexualization of women is being combated by adolescents as well.  With posts on TikTok, several young women are speaking out against the harassment they experience, predominantly in school.  One female student posted a video of her male classmates discussing “non-consensual activity involving women” (Van-de-Peer).  It accumulated several reasonably horrified reactions from other women on the app.  The young woman who took the video did so in secret and captioned it “POV: your the only girl in a tech class” causing an uproar of worry in addition to the disgust and outrage (Van-de-Peer).  With her video, this young woman takes a stand and spreads the word on a pressing issue she relates to.  Several other TikTokers, mostly female, interacted with the post, inquiring of her safety and demanding some sort of change.  Similarly, several you women have spoken out against the explanations given for strict dress codes.  One TikToker revealed that a school representative “warned girls to wear long skirts ‘[so that the boys won’t be tempted] to say silly things’” (Van-de-Peer).  Her video was appropriately captioned “misogynistic school check” and raised awareness of the shameful dismissing of obvious sexual harassment.  Again, one can see the drive of younger generations as they push for acknowledgment and change of important social issues.

Ultimately, younger generations are taking the initiative to create change of their own volition and desire for reform.  They are generations of change and hopefully their voices will be heard and taken seriously.  Older generations may have labeled them as sensitive, but what they fail to realize is that the youth of today simply aren’t complying with ignorant and immoral social standards.

I completely agree! I feel like younger generations have the power to change how the world works and using social media gives us more of a voice to do that. For example, the big social media uproar towards George Floyds murder. The younger generation posted so much that topic and we educated so many people by doing so. I think that social media helps us in many ways including this one and I am so thankful that we get to share our voice on these platforms and be heard.

I agree with you fully! With the younger generations knowing how to put stuff out on social media we as a community know how to work together. For example how you said the k-pop community continuously posted videos and videos to drown out the racial comments, that’s them working as a community to move out what we don’t need to hear or see. Social media has been a key part in us working together to change the hate in the world. We worked together for Black Lives Matter and with that we pushed out and kept going and putting pressure. We worked together for Gender Equality and LGBTQ and women’s personal rights. Social media plays a big part as do we as the younger generation who kept going never ending.

This is a very well written page on the influence of social media in activism. Throughout my life there have been many social movements that are rooted in social media.This gives us more power to share our voice, but there is more of an opportunity to become more displaced from others. With social media, we can change the outlook of nearly every person in the world.

I completely agree. I think younger generations are really going to be the change and no longer tolerate such bigotry. I like your last paragraph especially. We are not sensitive as older generations have said, we are only calling out injustices that have passed for so long. I really like your ideas.