Your Hair, Your Right?

Home Your Hair, Your Right? 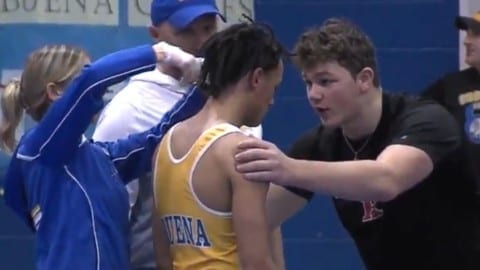 In the article “Your Hair, Your Right?” by Joe Bubar it argues that there should be a law passed in all the states of the United States of America that protects the rights of natural hair . They argue that most people are unfazed by this argument because they either have straight hair or wavy hair that doesn’t stand out. However within the African American community there is discrimination because their hair is very curly and beautifully unique from others. They share scenarios such as a young man attending his wrestling match and he had to either cut off his dreads or forfeit his match. Another situation where a young woman was fired from her workplace because she refused to “calm” her natural and bundfull curls.

Overall I think that the article makes a great argument. The discrimination of natural hair ridiculous. The young man in his wrestling match shouldn’t have been put in that situation as that is literally his hair. By telling him to cut it off is basically them attacking his culture as his hair is part of culture and his identity. .

Dear Alondra,
I agree with your post “Your Hair, Your Right?” because hair is natural, I mean we’re born with it for a reason. What they did to the boy is unjustified because he did nothing wrong. They should have just let him put it up, but they really had him cut his hair or he had to forfeit which is absurd. I feel like there shouldn’t be such a rule in wrestling because it’s not like the hair will give you the advantage to win. I’ve also seen a story in the news where a little girl got in trouble by her teacher because her braids were a distraction to the class for standing out. In general like you said no one should be placed in a position such as the young man because of their hair. Hair is a natural thing that should be accepted by society even if someone’s hair is different from yours. Thank you for writing Alondra. I look forward to seeing what you write next because I really enjoyed how well written your post was.
– Yamile