You, Yourself, and Your Being

Home You, Yourself, and Your Being 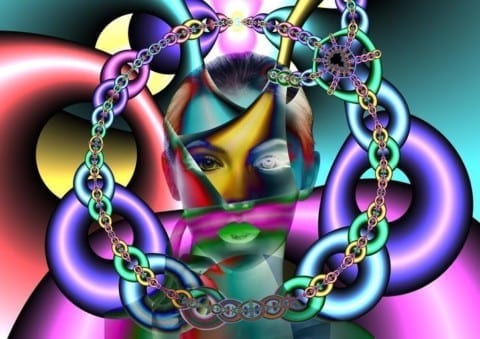 In life, artwork, and especially literature, the narrative is often formed to the understanding of good vs. evil. There stands a protagonist and an antagonist—hero vs. villain, one vs. all, or, perhaps, man vs. himself. Personality, too, develops through and can be defined by a battle of internal parties; what we create demonstrates conflict and a weighing of scales out of no coincidence.

Which is the hero and which is the villain is not so easily determined, however, as in your favorite fairytale. Austrian neurologist and founder of psychoanalysis, Sigmund Freud explores the mystifying dynamic of influences, composed of the id, ego, and superego, that creates a conceptual structure of personality and behavior and answers the investigation of humans and their capacity for a controlled balance.

Freud identifies personality as a complex construct made up of the id, which is ruled by raw, primal instinct and desire, as well as the ego and the superego, the latter acting in reflection of our morals as gathered from parents and society, the former acting out of logic and direction—a tie to reality. The id forms first, allowing us to fulfill the necessary instincts to survive and activating the pleasure principle, which demands immediate gratification of personal desires.

Freud describes this instinct-honed influence as “dark, inaccessible…[a] cauldron of seething excitations,” establishing it as an unpredictable and overbearing drive, “only able to be observed by studying content of dreams and neurotic behavioral clues” (“How Studying…”). We experience fantasies, daydreams, and even hallucinations in the id’s primary process response to being denied immediate gratification. Immersing ourselves in the unexplainable reactions of our deep subconscious is the only way to consciously fulfill their purpose. Then, during sleep, the mind processes memory and emotion, following the internal rules of its person, for while “some people dream in color, others only recall dreams in black and white,” revealing the subjectivity of mental interpretation according to the id’s impulses (“Brain Basics…”).

The ego is what develops to seek a real-world answer to these mental pictures in a secondary process, check the id’s impulses—giving guidance to the drive, and act in accordance with social acceptability, the root of the superego. The superego then embodies conscious values of right vs. wrong and emotional response, working to “suppress all unacceptable urges of the id and…make the ego act upon idealistic standards rather than upon realistic principles” (“Id, Ego, and Superego…”). Just as the id must have limiting factors, and the ego grants them in reflection of what develops the superego, the superego offers its own limitations to each of the others in order to establish personal guidance for judgment. The three components of personality and behavior according to Freud overlap and balance one another, and this internal balance is key to a healthy psyche.

Through a study of the human personality in terms of its primal and long-lasting instincts, exposure to reality, and moral foundation, psychoanalyst Sigmund Freud uses the id, ego, and superego to illustrate the conflicting influences that battle for control of our actions, which dictate the perception of our being.

If one has an overpowering id, they may, on theme, act impulsively and without control, separating them from the whole with a lack of outward consideration. Evenly, if the superego is overly dominant, extreme morals may cultivate distorted judgment and make an individual closed to acceptance.

When the ego can sufficiently moderate between the two in communication with reality, however, there is adaptability, and a personality is—in theory—stable, proportionate. None of the three components is a separate entity determining behavior, but while they attune to one another’s desires, each does stand for a distinct pull that reasons for why humans act when, where, and how they do.

When one holds too much power, all work against us in their lack of proportion until the imbalance is acknowledged, allowing for in our narrative the identification of a protagonist, an antagonist, an equalizer. Equilibrium and well adjustment are the goal, which can be accomplished through a measured Freudian sense of self-analysis and frequented dealing with counterbalances.

Hi Hannah, interesting explanation of Freud’s personality theory! This reminds me of the old “nature vs. nurture” debate and which one affects personality the most. The “id” seems like the nature side, and the super ego and ego fall more on the nurture side. I suppose desire to fit in and meet social standards could be nature as well. Basically, it seems like all these labels for parts of our being are intertwined and hard to identify in reality. It’s also interesting that personality is a mix of the id and superego, moderated by the ego, suggesting that it’s different parts nature and nurture.