You should not have to financially afford having Cancer

Home You should not have to financially afford having Cancer 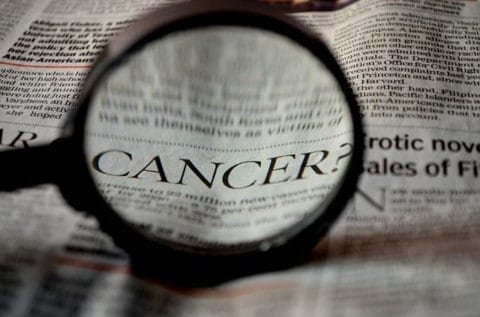 Cancer debt should not make fighters/ survivors bankrupt. According to cancer.gov, in 2015 they estimated 1,685,210 new cases of cancer would be diagnosed in the U.S in 2016 and 595,690 would die from the disease. They also included in their study that the national expenditures for cancer care in the U.S totaled nearly $125 billion in 2010 and could potentially reach $156 billion in 2020, that averages out to $10,000-30,000 per person by month, not annually. The cost of college averages $40,000 per year- so why is cancer, a unpredictable disease and leading cause of death in our country,  more expensive than an education we can CHOOSE to receive?   Not only is cancer expensive, but patients have to go through hoops just to receive insurance and financial aid to help relieve some of the expenses. According to the American Cancer Society (ACS), many people qualify for health insurance through their employers, but people who are unemployed have to purchase health insurance. Some may qualify for government funded insurance but it doesn’t cover nearly as much as an employee or marketplace insurance. Due to therapies and treatments being so costly, some patients don’t get the full treatments to treat their illness. They also go through such major debt trying to get better that once they are they have thousands of dollars in debt to pay back.  My grandmother was diagnosed with lung cancer in early august of 2017. She was employed but when her illness progressed she had to leave her job. She was covered under Obama care which she was required to receive, due to it not being a pre-existing condition she was not fully covered and she couldn’t receive a better insurance because she was no longer employed. She underwent so much debt in the first month that eating healthy meals was no longer a priority even though it should have been considering her presumably fatal condition. She was recently covered by medicare after Obama care was abolished and is now fully covered, but she had to go through stressful hoops to get there and patients with this disease before this suffered financially way longer. My grandmother was uninsured for 2 months but still has debt that will be paid towards for the rest of her life.  In the future, I hope to see changes in the pricing and expense of cancer. These individuals struggling with this are already unfortunate enough and should not have to worry about added stresses, such as debt, on top of their could be terminal illness. The families with children suffering from cancer also should not have to deal with financial stress. I know there’s no easy way to fix this issue, the cost of treating cancer is high and the government can’t cover it alone, but there could be other solutions to this. Thank you for taking my issue into consideration and i hope over time there is a solution you, or someone else can find to solve this. Congratulations on winning the election, and i hope to see you do great things for our country.

I really liked this article because you did a lot of research on it, and it was very well written. I agree that you shouldn’t have to have a lot of money just to keep living. I didn’t know that cancer treatment and therapy could cost that much, or that that many people have it. I also think that your wording in this post was very good. I think that because you spoke from experience, it made a more convincing narrative. I look forward to what you write next!
Sincerely, Myla

I am satisfied with your post because noone should have to afford a disease. Many people around the world can’t afford the amount of money to be cured from these diseases like cancer, and its killing the world as a whole. When one of our relatives get the disease, we feel for them, that’s how it should be for everyone in the world. Everyone should care about these type of problems.
One this that you said that stands out to me is when you mentioned the number of people that get the disease. It is sad but the truth, and we must use more power to stop this problem and find a cure.