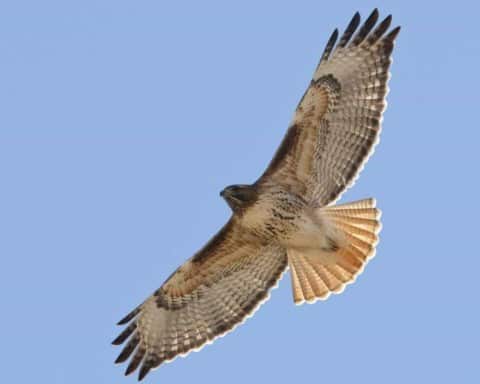 More information should be gathered about red-tailed hawks in Yellowstone National Park because people do not know enough about them.

Our visit was in late April, and even at that early date in the park’s tourist season, we saw litter in the geothermal areas. The trash could affect their the animals because they may eat the garbage and they may use the garbage to build their nests which may affect their eggs. Red-tailed hawks could get their head or body caught in the plastic of six-pack yokes. Wrappers could get caught in their digestive tracts. These items should be recycled instead of being thrown on the ground or into the waters.

Dr. Shane Doyle told us stories about how raptors are important in Apsaalooke (Crow) warrior culture. Dr. Doyle said, “especially eagles, hawks, and falcons, their feathers are worn by traditional war dancers on their outfits.” Red-Tailed Hawks are important to the park, the tourist, the ecosystem, and the native culture so this is why we need to keep red-tailed hawks safe in the park.

In conclusion people shouldn’t have to know if hawks are doing good or population is going down but the park should know if any of these are occurring because it’s the parks job to take care of these animals that live in the park. The park should do a better job not only keeping track of the bird population, and represent them a little better but should also represent nativ colutcher all around the park. They could do both at the same time if  they listened to Dr. Doyle.