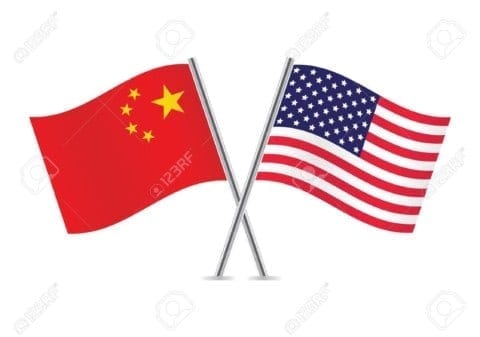 Women’s rights have been a topic of American discussion for a long time now. Although America isn’t the only country that has problems revolving around equal rights for all people. 1920s china had many parallels and differences to America during that time around how women should play a role in everyday society. Right off the bat as talked about in The Roaring Twenties published by BBC News, “most women were still housewives and were not as free as their men,” is used to talk about the present difference in societal roles for women at the time. This time was, however, a major turning point from a prior even more alienated women’s lifestyle. In the 1920s women of America gained their sovereignty, along with a twenty-five percent increase of women in the workforce. Most of these changes were attributed to the role women played during World War One.

China is an example of a country were traditional roots play a huge role in society, and in the past has led to a lot of oppression and discourse. Gail Tsukiyama further elaborates in her novel Women of the Silk on a young Chinese girl’s perspective of the life pre-made and decided for herself and her friends by tradition and law. It’s a world where she can never hope to be anything more than a possible wife candidate for the husband her parents choose for her, or live a life of a celibate and work in a women’s house and a factory for the rest of her life. However, like America, China was starting to change it’s stance on women’s rights too. In a movement called the May Fourth Movement, many people came together to protest the warlord government’s outdated and harmful policies around women’s rights involving foot binding, and a major lack of education for the vast majority of women.

An outside look can sometimes give you insight otherwise impossible to get. That is why it’s so important that we get exposed to other countries’ culture and lifestyle. As of late, the overall consensus appears to be that women in china are now on a mostly equal footing as their male counterparts, but some effects from the past still hold them back. As stated in The Role of Women in China by Kira O’Sullivan of the Fair Observer, “Although there are, in theory, endless possibilities, only some women can access them.” We see a lot of people who share really similar views on women in American society the same way as well. Nowadays there is not really any specific societal role for women in today’s American society. Women are free to choose whatever kind of life they want to live, free of legislation to tie them down.

Hi Peyton,
I really enjoyed reading your post; I especially liked how you tied Chinese culture into American values. I agree that we as humans should become more educated on different cultures and the rights of their people. It was really eye opening to hear you talking about how women in china live their lives, “she can never hope to be anything more than a possible wife candidate for the husband her parents choose for her”. I feel very lucky to have my own rights as a woman to choose how I want to live. I think that you should continue to research more countries and women’s rights. This article by the un, https://www.un.org/en/sections/issues-depth/gender-equality/ , would be a great place to start. I really hope you continue to work on this topic. You are an excellent writer.

Hello Peyton,
I really liked how you somehow tied in Chinese culture into American values and problems. One sentence that really stood out was when you said that “An outside look can sometimes give you insight otherwise impossible to get.” I think this is insightful because people need to learn to see things through different lenses and need to know how it feels to walk in someone’s shoes. By viewing something in a different perspective gives you more detail and maybe, just maybe, will change your view on that from your previous views. Although your post is about women’s rights, the bigger picture you are getting at is viewing things from different lenses to get the bigger picture. By doing so, people might overcome their differences and come together. There are always two, or more, sides to every story.
Sincerely,
Thomas

Hi Peyton,
I like your post because you share and compare the roles women have had in American and Chinese households. I agree that we should see other countries’ culture and lifestyle so that we can see what women have done to gain equal rights around the world. Here is a link to a page about women’s rights in the Middle East and North Africa. https://www.amnesty.org/en/latest/research/2018/12/rights-today-2018-middle-east-and-north-africa/ This shares more countries’ stories with women’s rights.
Sincerely, Audrey

Womens rights have been a heated topic for a very long time. Today gender equality is better then it ever has been. I do not think that better is good enough. Society needs to push to the point where both genders are completely equal.
Other countries have played a huge roll in womens rigths.