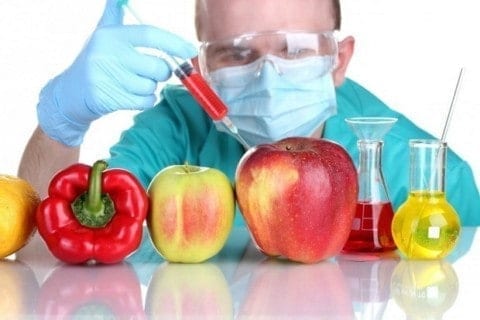 The purpose of Gmo’s in foods were originally, and still is, the purpose to keep pesticides out of these GMO induced produce. This is beneficial because instead of using pesticides on our fruits and vegetables, we can use gmo’s so it can’t affect our bodies the way that pesticides does. This is a positive thing that can make our foods also grow in areas that they can’t grow usually. In theory, this could be something that can help us fight world hunger. Now this process does have its down sides to it. GMO induced crops can spread its modified pollen to other natural or organic produce and alter their genes. This is bad because the original breed can be altered and can have negative effects on the genetic tree. It can also take a toll in the environment. The have herbicides, which are harmful to animal such as “birds, insects, amphibians, marine ecosystems, and soil organisms”. On the legal aspect, GMO’s aren’t considered as something potentially harmful to us as human beings. The government doesn’t have to be notified if foods have GMOs in them. It’s also unethical to produce produce that is GMO induced in countries that have a high yield, because it does not decrease the yield. (Smith, Jeffrey. “10 Reasons to Avoid GMOs.” Institute for Responsible Technology. N.p., 15 Jan. 2017. Web. 24 May 2017.)