Words in Sound and Shape

Home Words in Sound and Shape 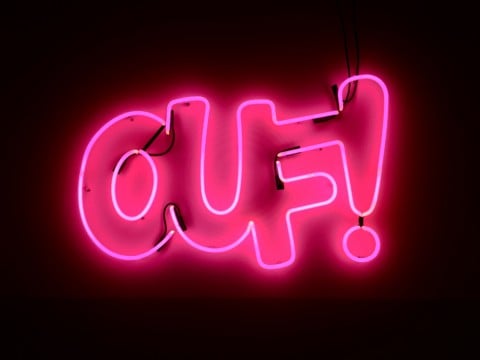 The beauty of language reveals itself in how distinctly it touches a person’s identity in both written and spoken form. Consider Latin, a predominantly written language of which people do not speak; presumed a dead language by many, the ancient dialect has given root to more than a few widely spoken languages including English and German, as well as French, Portuguese, and Spanish in an entire subset known as Romance languages. Contemplate, then, the separation that lies between speaking Mandarin and reading and writing its Chinese symbols. Since the language is not based on alphabets and phonetics the same way many others are, one could speak perfect Mandarin without knowing how to comprehend its written form, and vice versa. The mutual connectability and distinction that exists within language infuses a certain power into both its written and spoken forms that acts as a celebration of personal thought and human interaction.

In light of a popular opinion among writers that they write better than they speak, there becomes evident a certain reifying quality to visual language that transforms one’s innermost thoughts. As we write, we see the words take form; we shape each letter as the thoughts solidify, stimulating our senses of touch and sight to work with the mental action. Encouraging the flow of ideas through writing, we’re liberated to express “opinions that [we’ve] never uttered in conversation and that otherwise might never occur to [us],” opening doors to new thought and understanding, a method of self-understanding and connectability to other writers (Krystal). The rhythm, then, that the brain picks up on and develops patterns with “can’t be simulated in speech, since speaking takes place in real time and depends in part on the person or persons we’re speaking to” (Krystal). By a cycle of influence and preservation, written language can speak to both the past and the future, and it has the power to eliminate the filter and potential blockade enforced by an audience to our immediate thought. Language uniquely complements individual thought in written form through its exploratory nature and creates potential conversation with writers, speakers, and thinkers from any place in time.

Enhanced by the insight we gain through writing, our dexterity to connect with people through language in its speech-oriented and expressive forms are essential to appreciating the beauty of cultural and generational differences. Like how written documentation creates conversation over time, verbal communication grants awareness beyond what we can attain on our own. We first pick up on language from family and those here before ourselves, but “speech used by the older generation could be different from the one used by the younger people,” so as this distinction matures with time, actively engaging with the older speech molds appreciation for dialects outside of our own and sets us up for broader human interaction and understanding (Day Translations). Considering culture to be an interpretive result of human interactions, “acts of communication are their cultural manifestations within a specific community,” building identity and expression in each group of people, revealers of language as the ultimate component to dissolve barriers societal, geographical, and otherwise (Day Translations). By recognizing the depth of communication in varying speech, we learn and become advocates for the unity and identification established through language.

Language, in the phenomenon of its variability and influence of form, enables humans to relate to one another and acknowledge a history beyond their own. Communication takes form in so many ways—through body language and mannerisms that we pick up on from loved ones as we learn to speak, the speech we develop as a reflector of time and every outward influence, and the look inward brought onto paper when we take the time to shape each word of thought. In wondering about what speaks to a person’s heart, moves them to contentment and compassion, we ask what their love language is. When the comfort and immediacy of face-to-face conversation are impossible, we write one another, making up for physical presence with carefully concreted intentions, the most effective form closing a distance short of travel. Every which way of correspondence exemplifies the human desire to be of higher worth to one another and in their understanding of one another. Language manifests thought and individuality and grants the opportunity for the concept of universality to exist, for without the expression of a multitude of languages, there would lack cause for recognition in the one that we share.

Hi Hannah, nice analysis of language and communication. I also think I commented on one of your other posts (cool). In reference to how you said that language helps us understand the people before us, I read a Stephen King thing that called writing telepathy. Here I am, writing this comment at like 1 AM, and you might be reading it days later. He said to imagine a table with a red tablecloth and a cage with a rabbit on it, and there you go, now I sent you a table and rabbit from the past. I thought that was cool. I also thought it was interesting how writing provides an outlet for thoughts where criticisms from other people aren’t a pressing concern. Referencing Rohit’s comment over there, I speak a little Mandarin, and if I were ever to write a note that expressed something important, it would be much less nerve wracking to do it in Mandarin, even if the recipient was fluent. Something about kind of knowing another language makes me feel like it’s less real, which is interesting.

As a bilingual teen, I have started to notice that at home, I speak both languages in a different manners. In english, I notice that I sound high-pitched and more mono-tone. However, in marathi, the language I speak at home, I notice the tone of my voice is very varied, and that I tend to speak sort of happier.