Words and Their Impact on Others

Home Words and Their Impact on Others 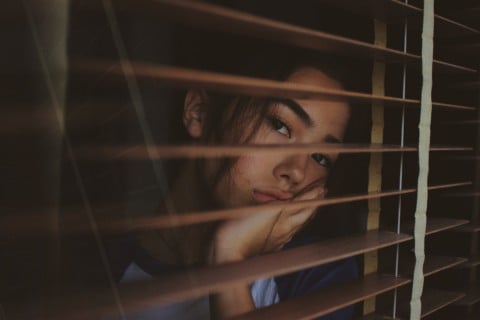 Language has the amount of power that people allow it to have. For many people what others say about them plays a bigger role in determining how much self-worth they have than the things that they think about themselves. In society today, “the need for acceptance—and the fear that we won’t be accepted—remain powerful influences on our thoughts and feelings” (Formica). To be seen as popular nowadays, you are supposed to keep up with the trends, good or bad, and if you do not you are seen by your peers as an outcast. Whether or not you are accepted by people you are surrounded with can play a positive or negative role in the way that you view yourself. The words that others say to you can stick with you for a lifetime, especially the deprecating ones.

Many people receive hundreds of compliments in their lifetime, but rather than focusing on those, many people focus on the one mean thing that someone said to them, even if it was said to them years ago. A professor of business administration and director of research at Harvard Business School, Teresa M. Amabile, did an experiment where “she asked 238 professionals working on 26 different creative projects from different companies and industries to fill out confidential daily diaries over a number of months.” They answered questions and each day they had to say one thing that stood out to them during the day. The results ended up being that there were positive and negative events that stood out to them during the days that the experiment was executed over. The positive event that stood out “was making progress on meaningful work”, while the negative event that stood out was a setback at work that made the employee feel blocked from making progress. Amabile “found that the negative effect of a setback at work on happiness was more than twice as strong as the positive effect of an event that signaled progress” (Tugend). The setbacks more greatly negatively affected the professionals happiness than the progress that they were making at work positively affected it, just as the rude and demeaning things that someone hears about themselves can more negatively impact their feelings about themselves than the kind and uplifting words that they hear can positively impact them.

Language can either lift someone up or bring someone down. Many times what somebody says is based off of how they feel on the inside. Normally language that is used to bring another down is caused by internal issues from the person it came from. Someone who is insecure would most likely point out someone else’s flaws to make themselves feel better about their own insecurities because, “people who feel inferior will often puff themselves up on a pedestal to alleviate their own sense of weakness” (Whitbourne). On the other hand, language that is used to lift another up is normally used by someone who is secure in who they are as a person and sees the best in others instead of their flaws. Although people are still going to hear things about themselves that make them feel less than, if more people use uplifting words when talking to others, the amount of times that people hear rude things directed towards them can be lessened and they can start to focus more on the positivity that they are receiving instead of the negativity.

Formica, Michael  J. “Why We Care About What Other People Think of Us.” Psychology Today, Sussex Publishers, 31 Dec. 2014, www.psychologytoday.com/us/blog/enlightened-living/201412/why-e-care-about-what-other-people-think-us.

I really liked the whole topic of how language can affect a persons mood negatively and positively. I really enjoyed the one part in which you add the test that they did at the Harvard Business school because it showed more thoroughly how language affects people. and its true when you said that when people her negative things they put more attention into the negative side than the positive side. this post helped me learn a lot and actually analyze and think how it also corresponds into my life. Thank you, and amazing work!

I am intrigued by your post, “Words And Their Impact On Others” as it really explains the effect words have on an individual and the way they feel or view themselves. I agree that words have an effect just as actions do, someone speaking negatively of another person will cause that person to feel inferior and insecure. People don’t realize that if they were kinder or spoke nicely of others, there wouldn’t be so much anger or sadness in this world.

One sentence in the article that stood out to me was, “Many people receive hundreds of compliments in their lifetime, but rather than focusing on those, many people focus on the one mean thing that someone said to them, even if it was said to them years ago.” It needs to be discussed that words indeed do matter and if one thinks it’s no big deal, it can have a drastic effect on the person the words were for regardless of how long it has been since the words were said.

Thank you for this writing. I look forward to what your next writing is, because you bring up issues that need to be addressed more often. I would like you to continue writing about personal issues that are dealt with daily.

your post was really meaningful, with great examples of how words impact people. I totally agree, with what you have said because words to do hurt some. It might be out of anger or the way someone feels deep inside and want to make themselves feel better by name-calling someone else. There are many times in the past, that people told me very unkind words and it made me rethink and ask myself, “Am I, such a bad person?” This post was very great for people to have understand what words can do to someone.

Hi, I really like the information about the Harvard experiment you included in your post. I felt that it was necessary to your essay about words and their impact. I also agree with the information you provided about how language can bring someone down or up. I agree that the positive aspects are hard to focus on when something negative happens.

I love how you chose this topic because I feel that this topic is not discussed nearly enough. When you said, “ Language has the amount of power that people allow it to have”, that hit so close to home. In middle school, I was bullied very badly. These years of pain were torture, but I learned the exact comment you made through this experience. The first couple years, I gave these bullies so much power to hurt me. However, the last year I was bullied, I gave them no power to hurt me, which made the year a whole lot easier. The bullying did not stop when I made this decision, but it made a dramatic difference in my day-to-day life. I loved the main ideas you presented, this was very well done! The only thing I wish you added was more of an introduction to your post, but the beginning still grabbed my attention! Wonderful job Paige!

Paige, I agree with your connection between individuals’ spoken words and the influence they have on others. I really like the quotes that you used because they add to your argument and give relevant information to the reader. I also agree with your specific example that individuals often focus on the negative comments they receive, rather than the positive comments. I think this really stresses the importance of positive feedback and shows the influence that this can have on others.

Hi Paige,
I thought this blog post was very thoughtful and well written. I believe this is a very important to bring attention to as it affects many people everyday. I like how you emphasize the levity of negative words on someone, as opposed to positive words. One must hear positive words much more than negative before they start to believe it so being kind always is important because negative words may stick with someone much more. Words can hurt and I think this post is an important reminder about that fact.

Hi,
I liked how you included the experiment done at Harvard. This shows that people truly do hold onto the negative comments thrown at them and because of this people can not see the positive comments as clear. I also like how you suggested a change in the power of language to use it more positively rather than negatively.

I really enjoyed how you said that many times individuals will receive hundreds of comments in their lifetime, but are most likely to remember the negative ones regardless of when they were told. I can relate to this and could think of multiple negative comments people told me years ago. I feel that many times people struggling will just say something to bring down another person, so that then they don’t feel alone. I found this post very meaningful and learned a lot! Good job!