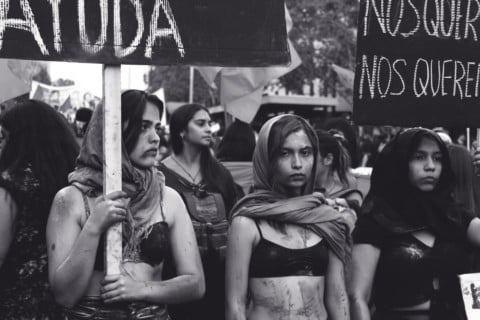 Today, there are still problems for women. One of the big problems is sexual harassment. Also, there is unfair payment between men and women. Many women work with men, they work the same time as men, and they have the same abilities as men. However, there salaries are different. Men get more than women sometimes. It is not fair. Before, men worked for supporting their families, but now, women work for supporting their families too. Thus, it must be same amount of payment.  In conclusion, women’s rights have become better, but there are still some issues. I think women should have a voice to talk about their problems. That is the major way to solve the problems. In addition, women should go to areas of high position in politics, business, and education. I think when the same number of women and men belong to the area of politics, business, and education, it will make a fair society and country. I hope it becomes true, so it will make a beautiful world for everyone.

I am very supportive of your post, “ Women’s Rights” because I agree with you that women are often treated unfairly in our society. It is important to raise awareness of this problem because this has been something that has been occurring and is not new.
One sentence that you wrote that stands out to me is,” there is the unfair payment between men and women.” I think this is unprofessional especially in a workplace because both genders put in the same amount of work, time, dedication just for women to be paid less. This type of segregation can deteriorate a woman’s value and make them question themselves as to why men are superior.
Thanks for your writing. I look forward to seeing what you write next because I like how you listed examples of ongoing and past issues regarding women’s rights. I would like to hear from you about why is this still an ongoing issue and other ways we can raise awareness to prevent issues like this.

your post on “Women’s Rights” really caught my attention, because its always interesting to learn about the rights we as women have. Another reason it grabbed my attention was because there was many unfair things that happened to the women who were fighting. I also agree that women should be getting the same salaries as men. They have full ability to do what a man does so they should be getting the same pay. It truly is sad to know this still happens in this society. Thank you for your awesome post about “Women’s Rights” because this is an important topic and needs attention.

I am very interested in your post “Women’s Rights” because I like learning about women’s rights. Another reason is that Women fought very hard to get their rights. I agree that that sexual harassment is a problem in society even to this day. I also agree that Women are not getting fair pay while men get paid a good amount of money. It’s honestly sad to know that this happens in society. Thanks for writing a post about “Women’s Rights” because I feel that it’s important that people know about this type of issue.

Dear Kayla:
I was very intrigued by your post, “Women’s Rights” because this is a topic I haven’t seen many people talk about. Reading about the women who helped us get where we are now is amazing. I never realized how it was before we had rights and how much they put up with. If it wasn’t for them we wouldn’t be able to speak up for what we believe in. I also have to agree with you about women still having some issues with our rights. For example the difference between womens and mens salaries. These are things that need to be changed for women to prosper. Thank you for your writing. I look. forward to seeing what you will write about next.
-Litzy

Dear Kayla, I am really happy that you wrote about Womenś rights because we both have the same hopes for females. One sentence you wrote that stands out to me is, ¨It is not fair¨. This really stands out to me because as females we have came a very long way and I agree that itś not fair but life is not fair. We need to make a change for the better. Thank you for your writing and I look forward to reading your future posts.