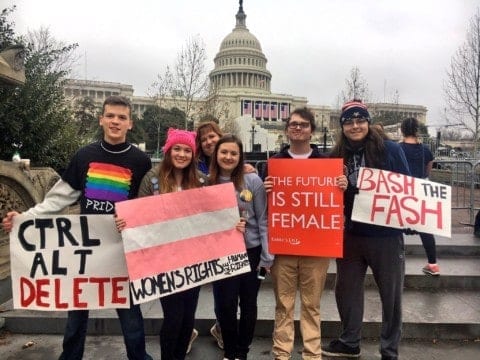 In the article, “Women’s March Revisted”(BTW) I learned that around January 2018 one of the largest protests took place in the United States. This took place right after Donald’s Trump inauguration. This protest focused on women’s rights, immigration reform, the environment, healthcare reform, LGBTQ+ rights, rights of workers, and somewhat about Donald Trump’s inauguration but it was the focus at that moment. This protest was something that was happening worldwide. A year after another march was formed that focused on the same thing. Their goal was to make a statement and the woman to have a chance in office. President Trump Viewed these marches as a “celebration” but that was not the intention the protesters wanted was to be heard and know that their opinions matter.
I think what happened in 2018 was inspirational. States became united to protest about the “environment, women’s rights, immigration reform, the environment, healthcare reform, LGBTQ+ rights, and workers rights”. This protest was to show how exhausted women were of being less valued and given fewer opportunities than males. This protest was successful because it showed awareness of the many issues that were happening.

Do you think this March made an impact?