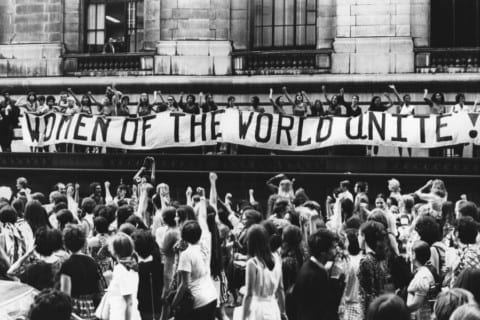 In my thoughts, I think these women are protesting how they don’t get treated equally as men. Because women don’t get paid the amount the same amount that the men do. In the news I saw something familiar like this protest, women left their jobs to protest that they are not getting paid enough and they don’t work a lot of hours. Women that work in nail salons,supermarkets,factories, etc. left their jobs to protest. According to newstateman.com, “In the spring of 1908, 15,000 women abandoned their cutting tables and sewing machines, taking to the streets to demand better pay and conditions. It was the start of what was once called International Working Women’s Day “. which that women want to get paid more and want to change the conditions that they work in.