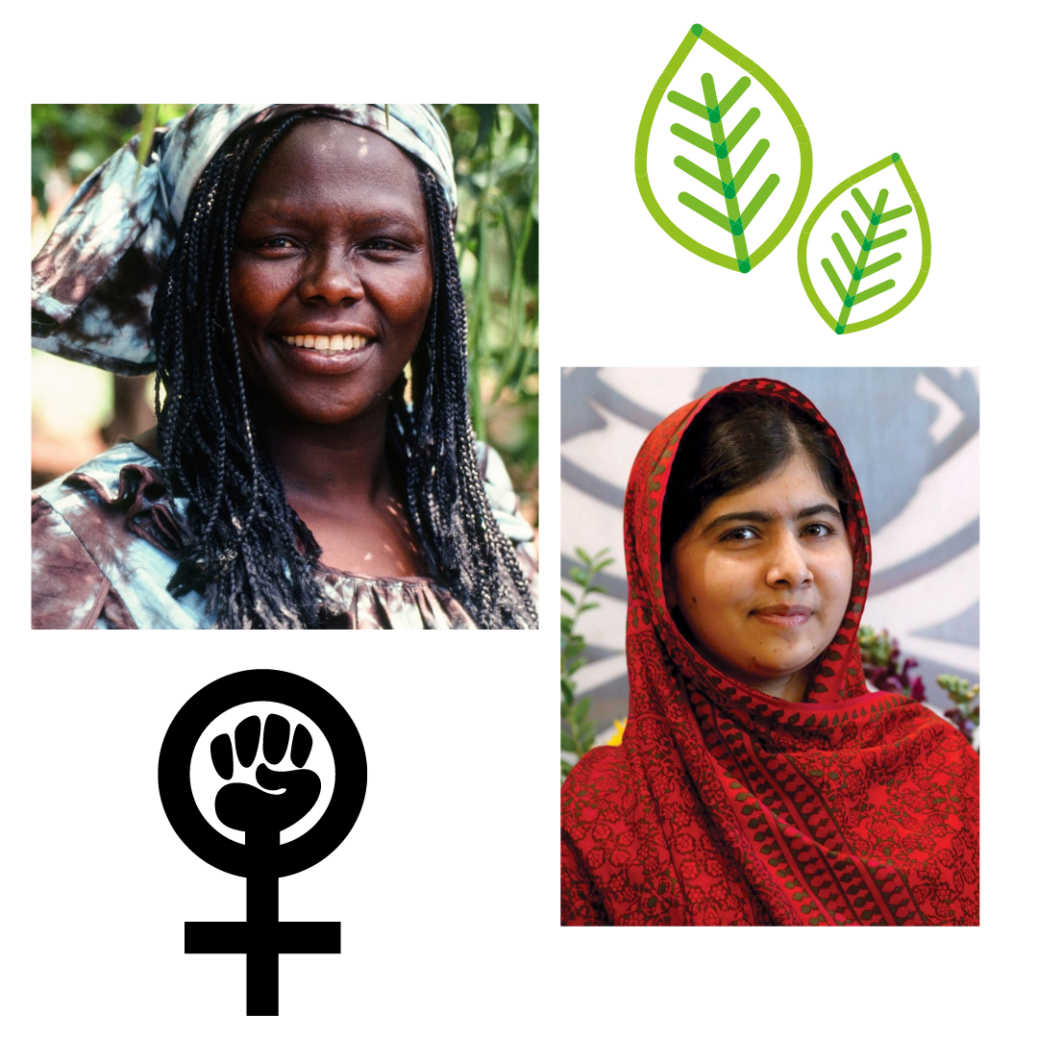 Malala Yousafza is fighting for the right of education to all women in  Pakistan that even today are treated like second class citizens. In addition, Wangari Mathai, an African activist that fought for the rights of Kenyan women. Some of their most celebrated achievements are, from Wangari’s side she founded The Green Belt Movement that has planted 51 million trees in Kenya. From Malala’s side, she is the youngest person in history to receive the Nobel Prize for Peace. On top of that, during one of her peaceful protests, she was shot in the head by a Taliban member and survived. Both of them are recipients of the Nobel Prize for Peace for their campaigns for change that are characterized by peaceful protests. Malala and Wangari are similar in that both come from humble origins. Wangari was from Kenya Africa and Malala is from Pakistan Southern Asia. They weren’t from rich families, yet they found a way to fight for what they believed in, surpassing all the discrimination and sexism that exist today in their culture. They both fought for the liberation of women; both advocated for women’s rights and left a mark on history for the change they produced.

Although they came from similar backgrounds and fought for similar causes, they had different goals. Wangari fought mostly for environmental issues in Kenya because she saw the depth of the connection between nature and the lives of the people. In contrast, Malala mainly focused on the right to education for all women because she saw how she and all the women around her were denied the right to education just by the fact that they were women. They started their fight really apart on age. Malala started protesting for the right to education when she was 11 years old. Wangari on the other hand, started after completing her PHD and being the first woman in East and Central Africa with one at the age of 31.