Women in a dollar?

Home Women in a dollar? 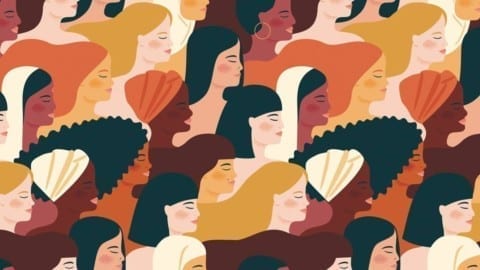 In the article, “YOU DECIDE A Women on the $10” (BTW), I learned that Secretary Jacob Lew announced that women would be featured display on the $10. But some people are against that. A group of women made a campaign to raise their voices and that women be printed on a dollar, but the government rejected that idea. The Treasury Department’s plan is not to remove bills with Alexander Hamilton from circulation. Instead, the new currency featuring a woman will be produced in tandem with the existing bills. The fact that no other currency exists with a portrait image sends a message that women are incapable of recognition without the partnership of a man. Honoring the contributions of exceptional people is not the only reason for a reissue of currency. Combating counterfeiting and other security threats is the primary reason for the continual redesign. Enhanced accessibility is another. The new ten-dollar bill will have tactile features for the visually impaired.

What is your thinking?

Dear Veronica,
“Women in a Dollar?” is an amazing post. I had no idea they were attempting to place a woman on a $1 bill. If it goes through, it will be a wonderful change.

Thank you for taking the time to write. I’m excited to see what you come up with next.
Fernando

I am impressed by your post, “Women in a dollar?,” because I didn’t know that o many people are against a female in a dollar bill.

One sentence you wrote that stands out for me is: “ I learned that Secretary Jacob Lew announced that women would be featured display on the $10″ I didn’t know that they wanted to change the 10 dollar bill.

Dear Veronica,
I am amazed by your post, “Women in a dollar?”. I had no clue that they were trying to put a women a dollar bill. It would be a positive change if it were to go through.

One sentence you wrote that stood out to me is “ A group of women made a campaign to raise their voices and that women be printed on a dollar, but the government rejected that idea.” I never knew they had created a campaign to make this change. It is interesting to know that people fight for these changes.

Thanks for your writing. I can’t wait to see what you write next.

Veronica, I am impressed with your post, ¨Women in a dollar¨.

I think it was very well written. One sentence you wrote that stood out to me was when you stated ¨A group of women made a campaign to raise their voices and that women be printed on a dollar, but the government rejected that idea.¨ I never knew this was a campaign. I would like to be a part of this movement because it is for a good cause and I would like to see this come to act.

Another sentence you wrote that I most definitely agree with is ¨I people are scared to let the women be more recognized they need to open their minds more because people have other ideas.¨ I believe this is true because a lot of people try to belittle women and not let us speak on our ideas. They think we shouldn’t have the same rights as men.

I cant wait to see what you write next.