Woman’s Rights Being Taking Away In front Of Our Own Eyes.

Home Woman’s Rights Being Taking Away In front Of Our Own Eyes. 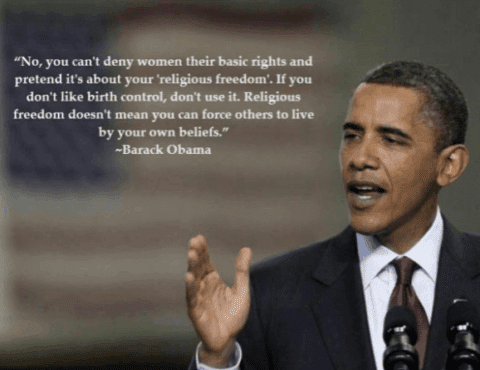 We are pro-abortion. This topic was picked because we watched the news and seen the laws that Alabama and Missouri has passed on their views on abortion.  There is pro’s and con’s to this serious topic, and every side needs to be heard. We feel that making abortion illegal is not fair. How can the State make and tell a woman what to do with her body and get away with it. Trump’s first day in office he signed a ban on federal money going to international groups that perform or provide information on abortions. According to a Washington Post article, Trump is pro life to a certain extent “Alabama law enacted last week that makes performing abortions a felony unless a pregnancy seriously risks a woman’s health, Trump reiterated his position that abortion should be legal following rape or incest”. This is still not the point. He still want a regular abortion legalized.

Donald Trump stated over the weekend making tweets saying “That abortion were aimed at telling the conservative and anti-abortion movement to tone it down and unite around more mainstream positions, after the highly restrictive Alabama law and others like it have stoked the abortion debate, senior administration officials and White House advisers say”.At least 61 bills like this have been introduced across the country, in states including Louisiana, Missouri, South Carolina, Tennessee, Maryland, Minnesota, Texas and West Virginia.  https://www.legiscan.com/WV/bill/HB2903/2019   Even in states considered safe havens for abortion rights, such as New York and Illinois, anti-abortion lawmakers have introduced bills as a kind of protest.The wave of restrictions is due primarily to the Trump administration’s judicial picks.
This is what trump did: “One year into his presidency, three of those items remain undone. Nevertheless, opponents of abortion have made significant progress in changing the direction of federal and state policies”.

Indeed, on Friday, as anti-abortion protesters gathered in Washington for the 45th annual March for Life, the Trump administration announced two new policies. One is a letter to states aimed at making it easier for them to exclude Planned Parenthood facilities from their Medicaid programs; the other is a proposed regulation to allow health care providers to refuse to perform services that conflict with their “religious or moral beliefs.”

https://www.npr.org/sections/health-shots/2018/01/22/579661047/in-trumps-first-year-anti-abortion-forces-make-strides To the students around the country how do you feel about the abortion act? What do you suppose Trump or other people thats for this act should do or suggests? Do you feel abortion is right? Is putting a law on a women body right?

I really like this article, I think it’s a very important topic that should be discussed more. I believe women have a right to make decisions to their bodies without the permission of anybody. There is a reason abortion exists back then women would find extremely harmful ways to get rid of the baby when abortion was not an option and they ended up hurting themselves and causing a lot of pain and suffering. This can all be prevented if we keep allowing safe abortions to all women. Here’s an article i think you would like. https://www.plannedparenthood.org/learn/abortion/in-clinic-abortion-procedures/how-safe-is-an-in-clinic-abortion

Rukiya, this is such an important topic today. It’s a topic that’s seen as taboo so a lot of people choose not to speak on it, which is the complete opposite of what someone should do. One that is not afraid to do so is https://www.globalfundforwomen.org/womens-human-rights/ which provides different aspects of women’s rights. This post reminds me of a lot of different discussions I’ve had with my friends, since we are all very eager to see change in this area. Do you think there will be change for the better in the future? I’m excited to see more ideas on this topic.

I think women should do what they want to their bodies and it should be their choice. At the end of the day women will end up taking care of the baby if they decide to keep it, no one else will do that job for them and if they take away abortion women will find unsafe and harmful ways to do it.