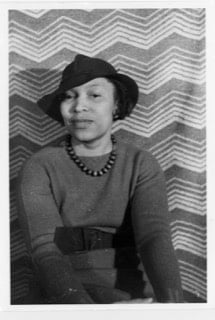 In the book “Their Eyes Were Watching God,” I see it takes place back in the olden days, following the lives of African Americans after slavery. We’re following their lives through the life of a young woman named Janie and how she was brought up during these times not only as an African American but as a woman.

Through her life, I see that African Americans didn’t have much and would have to work for white people while living in their backyards. Seeing African Americans in high positions was only a dream to them and not a reality as a lot of them didn’t have much to survive off of and weren’t given many opportunities to become successful. A lot of them also had the “crabs in a bucket” mentality, for example, feeling the need to tear/drag their own people down in order to feel or be superior. Watching others have more success than they had led to a lot of jealousy. Along with the misogynistic mind a lot of these men carry, they belittle, degrade and beat women.

Paragraph 93 of “Their Eyes Were Watching God” by Zora Neale Hurston might leave a reader feeling upset because the character Janie is made to marry a random older man she isn’t even familiar with! An example of this is on paragraph 93:  “ ‘Yeah, Janie, youse got yo’ womanhood on yuh. So Ah mout ez well tell yuh whut Ah been savin’ up for uh spell. Ah wants to see you married right away.’ ” This is upsetting because no one should be forced into a marriage with an older man that they don’t even know. (See my NowComment comments on this section of the novel here.)

So far, the theme in “Their Eyes Were Watching God “ might remind a reader of how people still think today. For example, a lot of people raise their daughters to believe that marrying a man and learning how to cook and clean for that man is their sole purpose in life. And this type of behavior can usually be found in traditional families that value men over women believing in the saying that women belong in the kitchen while men are the breadwinners.

After this part of the book, most readers probably will be looking forward to reading the rest of this book because most will be seeking a resilient woman to stand up against people who feel as though women don’t have a mind of their own. What’s probably going to happen next is these acts of misogyny continuing till a group of women stand against how they are viewed in society.