Without Literature, the human mind enters the realm of insanity.

Home Without Literature, the human mind enters the realm of insanity. 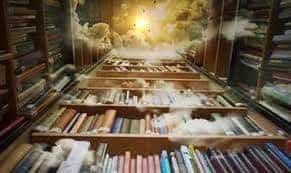 The process of my research thus far concerning human interaction and the way humans emulate, or try to emulate, emotions through literature is highly distressing. I have never had a harder time in my life trying to reason with the way we cope in understanding our daily operations of communication throughout time. This communication aspect involves history, and the plethora of concepts the human race has created over the course of our existence, and these concepts range from anything. For example, math, science, and language are all concepts humanity has created to keep the processes of the human mind written for reference. The area of language regarding literature has always been highly complex and influential since its first appearance in Mesopotamia: 3rd Millennium BC. Since then, the implementation of our thought processes has surged and continues to do so. Literature has now enveloped the human mind and soul for the reference of future generations.

In our modern era, literature impacts our world in ways we would have never believed. Ellen Dissanayake, an anthropologist and independent scholar, states that we have been exposed to such literary devices since birth, “the first kind of communication in which we engage, that between mother and infant, is a kind of speech that positively engages the infant in a dialogue with the mother by means of poetic devices”. This statement describes that we may have a basic desire to return to a state of simplicity with our mothers comforting us at birth. The true and peaceful nature of the relationship between a mother and a child is at its most serene. The exposure to this type of interaction stays with the human person and influences us to enact the same experience from our births. One of the most important reasons for our emotional engagement in literature is our empathy with others and our constant imagining and hypothesizing on possible developments in our interactions with them. Humans are social species and a species that cannot survive without the constant emission of our emotions to each other. If people cannot always emit their emotions to other people or feel the urgency of remembering emotions and experiences, people can record and reference these feelings which in turn, produces literature.

Without the referencing of knowledge and our mental processes, we would go insane. The word insane can carry a negative connotation, however, if a portion of the definition is studied in more depth, the notion of insanity is intriguing and provides a reason in predicting the absence of literature. The intriguing part of the definition of insanity is, “In a state of mind which prevents normal perception”. Something or lack of something would have to cause this prevented sense of perception like a blockage or an inconsistency. If literature ceased to exist and if humans survived this far without using literature, the human race would be in a state of animality or in a primal tribalistic state. This primal state would involve humans as defensive and uncooperative in their own beliefs and morals because no other human would understand them or reference to a material to help explain a belief or idea. Potential violence and confusion would also occur by the short-sighted mindset of humans if no one were to record knowledge in the form of literature. In other words, insanity would erupt as a result of the inconsistency and absence of recorded knowledge along with the absence of recorded epitomized human emotion. “The ability to convey oneself through creative means is a powerful device. During our short existence on earth all our experiences are fragmented: dispersed thoughts, hopes and dreams, making life (at times) isolating and bewildering. A creative outlet unifies all those solitary sentiments, encapsulating the essence of what it means to be human” -Lucinda Swain. The creative outlet refers to the idea of literature and its effect on human progress.

For the sake of affirming the importance of literature, there is one more quote by neurologist Antonio R. Damasio, which I feel further exemplifies the notion of how humans seek to dump our emotion onto a “creative outlet”, and how the continuing practice of doing so will keep us from the unknown void of insanity. “The brain constantly needs up-to-date information on the body’s state to regulate all the processes that keep it alive. This is the only way an organism can survive in an ever changing environment. Emotions alone—without conscious feelings—would not be enough. Adults would be as helpless as babies if they suddenly lost their self-image.”

My research provides an ominous sign for the future, and that is: If technology is progressing into the future in such a productive way, especially by eliminating ways of doing things to make tasks easier, will literature at one point become an irrelevancy? If so, what would replace Literature and all its aspects mirroring the human mind?

Very interesting topic, Thomas. I really enjoyed how you wrote about empathy and reading literature. i also addressing this issue in a previous post, and I found it very fascinating. In particular, it was impressive to me that “the most important reason for our emotional engagement in literature is our empathy with others and our constant imagining and hypothesizing on possible developments in our interactions with them.” I found an article that relates to this topic which you could take a look at: https://www.scientificamerican.com/article/what-me-care/. I look forward to reading more from you on this topic in the future.