With New Technology on the Rise, How Much Privacy Do We Actually Have?

Home With New Technology on the Rise, How Much Privacy Do We Actually Have? 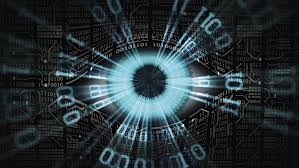 In our new era of technology, we see the beneficial ways that it has impacted our constant growing society. From an outside perspective, most of us have become accustomed the state of unknowingness that these new advances actually hold for us. But do we really know how much privacy we actually  have?

With new additions to social media constantly on the rise, one may question if our privacy is treated more importantly than our own safety. Through recent cases, our government has been involved in allegations regarding mass surveillance. This is concerning due to the fact that we all care about our privacy. These allegations can create a fearful attitude towards technology. Therefore, if the government is actually involved in what they are accused of, one may wonder, are they only doing it to keep us safe?

To dig deeper into the situation, one has to take a look at the big picture. For instance, the internet is like an endless void in space. No one actually knows where all of our information is really stored, nor do we truly believe that we could potentially be getting spied on. One of the problems at hand is we tend to brush this idea off because we hold trust in some unknown source without thinking twice.

In reference to the society in George Orwell’s 1984, Big Brother is a character who represents an all powerful entity over society. The character represents a symbol of power, but also influences fear of the unknowingness of what it actually is.  In our society today, technology is on the rise. In the case of government surveillance, our government can be compared to a Big Brother like being on a smaller scale. In our society, it seems that just about everyone is rushing to get their hands of the newest models of products. It seems harmless on the surface, but if it is true that our privacy is in danger, it can possess a darker tone.

A lawsuit was filed by the ACLU to the government concerning the invasion of surveillance privacy in America’s international communications. In context, many could argue that this is just an example of a government protocol used to restore protection among our personal information. With this, a federal privacy watchdog released a report on how the government handles are private information. There appears to be no direct rationale as to why there is certain surveillance activities used by the government as well as the FBI. Another source from The New York Times proposed that congress had approved a six-year extension on surveillance law. There appears to be no solutions to the problem, instead, it appears that congress is ignoring the true problem at hand. This news states that we are giving the opportunity for the government to collect unwanted data. In this case, is it all really for our own safety?

With these problems addressed, it is difficult to find one main solution to the problems at hand.However, with our efforts all together we can approach the situation directly. One of the main solutions we can do is attempt to lobby congress into codify a decision directed to the NSA to block the collection of data from our communications. With our efforts to make change, we can approach it directly and safely. Although this solution is not directly beneficial, or do we really know if it is the best possible solution, we can only strive to implement change.