Will we eventually inhabit all natural land?

Home Will we eventually inhabit all natural land? 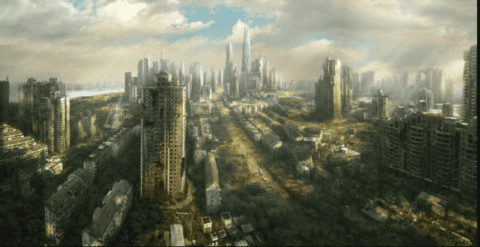 The human population on Earth had doubled in the last 40 years and is expected to do so again in the next 40. Our population is growing at an exponential rate and this makes me wonder what effects this will have in on the Earth in the future. Looking around it is obvious to see that the natural land around us is changing and degrading from the effects of our ever expanding population. Every year millions of trees are cut down and new communities and houses are being built in natural lands. As the population increases, the natural land decreases; the question is: how long can this go on for?

On a planet such as Earth, there is a finite amount of resources, this means that there is a limit to growth and eventually we will be bumping up against that limit if we aren’t already. I found that humans inhabit 10% of this land but we use another 80% of the land for roads, highways, farmlands, etc. This leaves 10% to wilderness. Through research I found that, “between 2000 and 2030, worldwide, the loss of agricultural land to urbanization may be as much as ~15,000 km2 annually”. It is only a matter of decades before this number will be decreased to 0%. Currently many lands are protected as national parks or forests, I believe these lands will remain primarily natural for a long time. Eventually they will be built in when we need houses to fit the population. It is estimated that there will be anywhere from 10.1 to 12.4 humans on this Earth by 2100. Will we be able to hold this many people.

There are few solutions or outcomes I see playing out in the future that involve this growing issue. The first being that we attempt to reduce population. This can be done in many ways, the most likely is that we encourage couples to only have 2 kids. Also by increasing the availability of healthcare and education particularly for women in developing countries we could reduce fertility. The most likely to occur in my opinion is that there will be an extinction or massive event that wipes out or race before the overpopulation kills us. This is a sad thought but more comforting than us becoming overcrowded with little wildlife left in the world.

Chuck! you know I’m a sucker for Hypotheticals and this presents a very interesting one. Since the roosevelt administration the US has placed value in preserving national park however we continue to allocate more land and resources to support our growing population much faster than can be replaced. I like the idea you add to this problem by bringing up how much land we use not just to live on but to travel through and to store these resources. I would like to hear more about the consequences of overpopulation and how technology is changing to accommodate for it. Will agricultural technology evolve to the point where it can support a huge population without using more land? How would population control polices be received and what would be the unintended consequences?
my favorite part of this essay was your conclusion! I completely agree that the overwhelming odds are that humans will go extinct before we get a chance to completely populate all of earth. I also believe human technology and self preservation will prevent any possibility that over population will be our end. I find this thought both comforting and scary. I am excited to see what topic you choose to write about next hopefully it will deal with the same sort of scary possibilities.