Will our environment continue to grow unhealthier or will we be able to change that?

Home Will our environment continue to grow unhealthier or will we be able to change that? 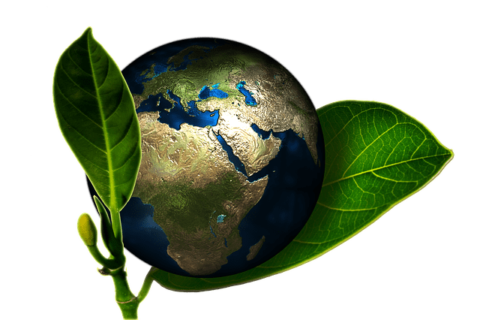 Based on the world around me today, it is apparent that the Earth is growing worse and worse every single day we are on it. Throughout our history on the Earth, the number of extinct animals has increased, the amount of harmful and trash material in earth, sea, and space have increased, our oceans have become more acidic, and the temperature of the earth is set to increase 4 degrees celsius. These are all extremely negative effects that in my opinion will eventually catch up with us. My question asks whether our ecosystem will continue this path of destruction of our home planet or if we are going to be able to stop this decline and prolong the life of Earth. In the last 100 years or less the human population has begun to accept the fact that we are killing the Earth. Although there are still many people that do not believe this, the people that do are starting to try and make a difference. It has become a worldwide goal to waste less and recycle more. Now there are large groups of people who protest the destruction of our forests and natural land along with clean up groups who pick up trash. Many scientist are looking into how they might reverse the more substantial issues such as greenhouse gases and the ph of our oceans. There are many theories that have been brought up but will potential have adverse effects as well. I’m not sure whether our efforts have made any lasting impact as of yet but I know the only way we will be able to actually make a significant change is if everyone participates in saving the earth.

Based on some research I have realized that there are many ideas and theories surround the basis of climate change and global warming. Many of the sites I looked at seemed to acknowledge that the humans are the root cause for the destruction of our Earth, surprisingly one of these sites was national geographic. They basically said, “ We are living through what biologists call the sixth mass extinction, a time of dramatic depletion of species, from frogs to rhinos and butterflies. By the end of the century, it is estimated that one in six species will be extinct. The causes—human population growth, habitat loss, climate change—are complex and interlocking, fueling each other in an ever faster destructive spiral.” Later in this article the author speaks of his ideas of saving half of the planet for nature and how this may be one of the few ways to actually save the Earth and the human race.

Another great site I found while doing research was this. In this article they give a fantastic quote from Barack Obama which says, “We are the first generation to feel the effect of climate change and the last generation who can do something about i.” This quote really speaks to me because it points to the fact that the worldwide issues have only recently began to be acknowledged and felt by all. Things are now progressing at a rapid rate and we may be the only ones able to stop the damage before it is too late

Charlie,
Your post was a great, and I loved how you included interesting facts like, “By the end of the century, it is estimated that one in six species will be extinct”. This fact really appealed to me and hence surprised me. Today, we try our best to protect those species that are endangered by placing them under supervision, or by fining people to hunt them and/or disrupt them. But the statistics still say that “one of six species will be extinct”, that is mind blowing. I too hope that our generation will be able to make a positive impact on the world, at least one better than our previous generations. Thank you for your well thought out post!

Charlie,
I think a lot about this topic and your article gave me new insight on the issue of climate change. I didn’t know that one in six species is projected to be extinct by the end of the century. This upsets me because I believe that we need to respect mother nature. I hope that our generation can spark change in this issue, or at least slow it down. I found a video on CNN of a time lapse of melting glaciers (https://www.youtube.com/watch?v=dzRvmjBGqp8) . I think this would interest you because it shows the effects of climate change before our very eyes.