Will Natural Disasters, Like Hurricanes Worsen in The Future?

Home Will Natural Disasters, Like Hurricanes Worsen in The Future? 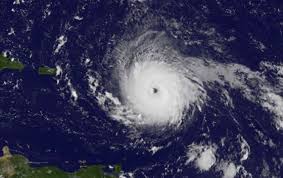 The recent patterns and chains of hurricanes are extremely worrisome. Hurricanes are sweeping the Atlantic. Hurricane Harvey and Hurricane Irma have been dominating the headlines of our news and has left millions of people homeless, injured, and many dead. In the past month, we’ve had some of the largest storms on record, and not just one, but multiple. This extreme pattern of storms has many wondering why this is occurring. Many scientists are saying that the extremity and frequency of these storms can be attributed to climate change and global warming. Global warming is an overall increase of temperatures due to a phenomenon called the greenhouse effect where CO2 is being emitted into the atmosphere, causing heat to be trapped inside our atmosphere.

In the article, “Four Underappreciated Ways Climate Change Could Make Hurricanes Even Worse,” Chris Mooney says that “hurricanes are massive thermodynamic systems that withdraw energy from the oceans and release it into the atmosphere.” He explains that hurricanes get their energy from the warmer surface ocean water. It can be found in another article titled “Hurricanes Are Sweeping The Atlantic: What’s The Role of Climate Change?” that our ocean surface temperatures are .5 to one degree celsius warmer than average. Our ocean temperatures are rising and our summers and falls are lengthening due to the warming of our planet, allowing hurricanes to occur well out of the prime hurricane season. Another worrisome effect of global warming is the rise of sea levels and how it contributes to hurricanes. Our oceans are rising one eighth of an inch every year due to the melting of glaciers and thermal expansion. In a third article, “Hurricane Irma Made Worse by Climate Change, Scientists Say” they say “burning coal, oil, and gas warms our planet and that way supplies energy for the build up of ever more powerful tropical storms.” By now we have realized that by emitting CO2 into the atmosphere, we are contributing to the greenhouse effect and in turn, warming our planet. This process is the thing that has climate scientists extremely worried.

Climate change has had many negative effects on our planet and we continue to discover more of the negative impacts as time goes on. We are now seeing evidence that the causes of these extreme hurricane’s also point to climate change. Our ocean surface temperatures are rising because of our carbon emissions and hurricanes are fueled by warm ocean water. Therefore, since our waters are getting warmer, our hurricanes are being given prime conditions to pick up energy from the warm water. Because of the increase of water in the atmosphere from these warmer ocean temperatures, there is also more water readily available for these storms causing more rainfall during when these hurricanes occur. The rise of sea levels has scientists worried that the storm surge that occurs during hurricanes will be greatly worsened because the water is higher and will flood much more.Although we can’t argue that these hurricanes were caused by climate change and global warming, we can argue that they are made more powerful and intense by global warming.

I really like this article you did a fantastic job! I like how you looked at how hurricanes and global warming are linked and cause one another. It was interesting to learn about how hurricanes are changed by the environment and will change in the future instead of just looking at the most current situation on storms like I normally do. An article I found by the Geophysical Fluid Dynamics Laboratory ( https://www.gfdl.noaa.gov/global-warming-and-hurricanes/ ) says that hurricanes are likely to be more large and frequent as the human impact on global warming increases.

Sofia, I like how you are bringing up the topic of climate changes creating ideal conditions for more and more hurricanes, as that seems to be a disconnect that many people seem to be making nowadays. I would like to hear more from you concerning this issue, so I decided to do a bit of research by myself. I found an article by CNN that greatly expounds upon this idea, and how it will only go worse as time goes on. Thank you for sharing this with us, and I hope to hear more from you in the future.

dear sofia,I want to agree to what your claim is because some people are actually scared of the hurricanes and thing that are happening right now like in mexico and we don’t know what could happen in the future if there will be a bigger earthquake that can hit and ruin like lots of cities. I also want to agree with you because he climate changes are bad because there is really nothing that we can do about it and it can be really bad impact on families that can be harmed with these bad climate change.