Will natural disasters continue to destroy the world around us?

Home Will natural disasters continue to destroy the world around us? 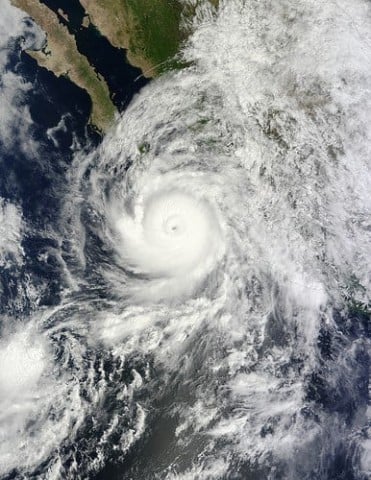 With recent light of the hurricanes that have hit and ravaged our world in the recent days, it has become apparent that human caused climate change has had an influence on the level of destruction that these storms inflict. From my research, it shows that anthropogenic warming of the waters caused by pollution do not necessarily cause these natural disasters to occur, but it does make them more severe by allowing more water to be brought into the storm.  This means in short that the temperates of the ocean have drastically increased, making uptake into the storm much easier.  This does not necessarily cause them, but as can be seen in the recent hurricanes that have hit the United States, the destruction has been much worse compared to other storms in this category.  So in light of this, it seems that it is our duty as human beings, all living together on the same planet to do something about this.  I want to know what options and what obligations mankind has to fix these issues and how viable they are.

There are hundreds of solutions to this issue that are being proposed each day.  Many scientists propose that we fight global, including anthropogenic warming, by injecting sulfur into the atmosphere to create a kind of “nuclear winter” that would in turn cool the planet.  Many world leaders and scientists do not agree with this method of action, proposing that it could upset natural balance in the world, and resulting in a terrible chain reaction.  The other seemingly sensible option would be to stop polluting, however this option does not seem viable considering this plan includes the participation and dedication of more than 7 billion people living on the planet.

There are many proposed ideas of how we can combat the effects of climate change, however they are all very broad.  I want to know which option seems to be the most viable and which one could actually work to stop this phenomenon.  It is however, no question that climate change has had, and will continue to have a considerable influence on the severity of natural disasters.  As humans it seems to be our obligation to come up with a solution, however a plan that involves the entire human race cooperating seems far out of reach.  What do you all think is the best way to go about this issue?