Will Cloning Save Endangered Animals?

Home Will Cloning Save Endangered Animals? 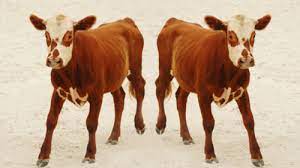 What are your thoughts on cloning animals?

We can clone extinct animals for entertainment or science, because it is an interesting and exciting way to learn about our nature. I do think it will help, because stopping the extinction process and reversing the hands of time can help these types of animals. Duplicating genes and DNA structures and reworking the interior will help that specific animal survive and breed to make new animals.