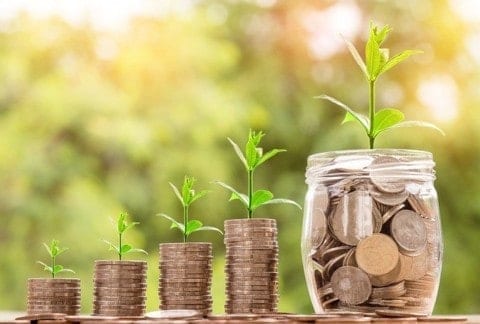 The income gap between the rich and poor is a problem that is facing the nation. The rich’s wealth is increasing while the poor’s wealth is decreasing, causing an expanding gap. The top 1% wage earners in the United States has grown from 1/3rd to ½ of all the nation’s income. However, the middle class is what helps shape the U.S economy, so if the middle class is not earning enough due to the wide gap in income, the U.S. economy will struggle.

One reason to explain the wealthy’s drastic growth in come is due to the recovery from the 2008 financial crisis. In fact, the top 10% average about 9 times as much income as the bottom 90 percent of earners in America according to the balance. Now there are a couple of possibilites of how to fix the problem of this widening gap.

One possibility is once again to increase the minimum wage to a living wage. This could help wage earners/ blue collar workers be able to have enough to live and be able to save, causing the gap to possibly decrease. However, the increase in minimum wage will not help create opportunites for other wage earners. In addition, the increase in minimum wage would help people that do not need it, specifically teenagers. As teenagers enter the job market, they will be making the same as some people that require the salary to live.

Another possible solution would be to tax the rich more. Income is taxed yearly, but wealth is not. Wealth can include things such as your home, bonds, and stocks. In general, the top 1% earners have more wealth than the bottom 90% of earners. So by taxing the wealth on the rich, then this could decrease the gap of income. This can lead to good things by encouraging the wealthy to spend more money to avoid the taxes, which would help the U.S. economy. In addition, the wealthy might donate money to chairity, ultimately helping the bottom earners. This can also cause problems because if the wealthy are not taxed more, then they might not want to work as hard.

The income inequality is a major issue in the United states. The majority of the country is suffering while the rich are not. It is not fair that the rich become richer while the poor continue to become poorer. There needs to be a solution to help the U.S decrease the gap.

Amadeo, Kimberly. “The True Cause of Income Inequality in America.” The Balance, The Balance, 16 Dec. 2019, www.thebalance.com/income-inequality-in-america-3306190.

Hi Alysa,
I like your post because you bring attention to the income gap we have in this world. You include good information and ways to reduce the gap. Here is a link to an article about more ways to reduce it. https://belonging.berkeley.edu/six-policies-reduce-economic-inequality. I very much agree that income inequality is a big issue in the U.S. and that it’s unfair. We as a country need to focus more on this issue and we need to not be so self-centered all the time. We should put ourselves in other people’s shoes and see the problems income inequality has caused.
-Audrey

I agree with what you have to say regarding income inequality. It has become a big problem in today’s day in age. The poor are suffering too much whilst the rich get richer. The only way to fix it is by taxing the rich in order to make the gap more equal. Here is an article I found that may help you in your case:
https://www.vox.com/2019/3/19/18240377/estate-tax-wealth-tax-70-percent-warren-sanders-aoc

Alysa,
I knew this issue was bad but I had no idea to the extent in which it went. It is crazy to hear that the top 1% have half of all the nations income. I definitely believe we need to tax the rich more to balance the economy somewhere back to when the rich had 1/3 of the nation’s income… after all they can afford it! As this gap intensifies I find that our society becomes more and more elitist where money seems to buy power. Do you see this issue too or is the wage gap found strictly in the economy for you? I’m looking forward to hearing more from you on this issue and reading your problem solution essay in the future!
-Emmy