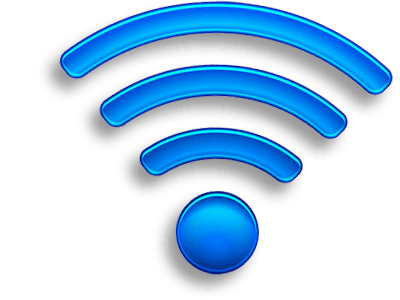 Have you ever been in a situation where you were trying to get information off the internet for an important paper, but the internet was going slow or the website was blocked for some dumb reason? I’ve been in this situation too many times during my four years at Okemos High School and I think we should do something about it. We need to change what websites are blocked and we need high-speed internet that can withstand everyone at school being on it at once.

We need to reconsider what websites are blocked on the school WiFi. Youtube is blocked on our WiFi which causes many other educational websites to be blocked. Many students bring their own laptops to school which causes more restrictions because those people can only get on the guest WiFi and not the student WiFi. If we are supposed to be working on youth voices during English class, those who use their own computers can’t get on youth voices because it has Youtube and that is blocked on the student WiFi.

I also think we need to switch to a better internet provider. There have been many times where the teacher asks us to all go on one website, but we can’t because the WiFi is too slow. We cannot keep this slow internet connection because it is hard for us to get stuff done for our classes and it annoys students as well as the teachers.

One main reason that the school would not fix our internet problem is because of money. I know the Okemos administrators would not use the school funds just to fix the internet speed, but I think they should consider it. Students that don’t have WiFi at home need the internet at school to get their homework done. But if we have slow internet speed, they can’t get their homework done, which would result in them getting a zero on a homework that they could’ve easily got done if we had faster internet.

There are many things that could change in our school, but I think the most reasonable things to change are what websites are blocked and speeding up the WiFi. We need to unblock the useful websites and block those that aren’t. The WiFi is so slow in our school and I think we could speed it up. These things would benefit the school more than it would hurt it so there is no reason we shouldn’t do these minor things.

Hi Kavi,
I enjoyed reading your post and I liked your point about how the school should invest more money into getting better internet speed. As an Okemos High School student myself I also feel that this problem is pretty big because our school spent a lot of money getting us fancy new laptops but they didn’t realize that the laptops are practically useless without a stable wifi connection.Also, the wifi that doesn’t crash when more than 60 people get on at the same time like what happened at the M-Step. The fact that we are now switching over to google classroom and google docs make getting a strong wifi signal more important because most teachers are posting assignments online and we need a good wifi connection to do our homework.

Kavi, I am glad I am not the only one that has noticed these problems. One particular instance where the WIFI was way too slow was when we were trying to take the M-STEP. Many students had to take it later on in the week which was really annoying because we were not able to take it on the designated day. Also another reason the WIFI being slow is bad is because it often causes our student devices to crash. One of the most annoying times is when I am in the middle of typing a paper and I have to restart my computer right when I am in my zone. I agree with your thoughts on website blocking as well. I think the administration should only block the obvious websites but such sites as YouTube and many other informational .com’s should be given a second look as to why they are block. Going off this I want to ask, was there any particular when slow internet or a website blocking annoyed you the most?

Kavi,
I agree completely with you, too many useful sources are blocked and on many days the WiFi doesn’t even function well.

Today we go to school in a world filled with technology. One of the largest uses now a days for technology is school; it gives students an access to a plethora of information in an instant. I agree that school’s should really look at what sites they are blocking and how to get after internet.