Why Was This Election So Different?

Home Why Was This Election So Different? 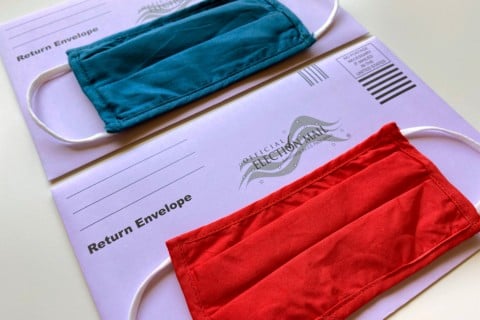 The Presidential election that occurred this year of 2020, was one like never before.  The pandemic of COVID-19 greatly affected the normalized way of voting as seen in previous years.  Voting polls sought to have safer regulations.  They were hiring younger people to run the polls to provide safety for the older-generation workers at the polls.  Mail-in ballots were the key to this election with about 70 million counted. The rise in the younger generation voters outdid themselves in numbers.   Not only did mail-in ballots provide safety for the workers, but it determined the elect-President of the United States. However, the time it took to count each vote, which caused tensions.  We also saw how Donald Trump claimed himself the winner before the votes were fully counted.  He also called out fraud to a legal voting system.  These events were ones like never seen before in the United States.

In the article, “An Election Like No Other” it states, “It’s not only unprecedented, it’s worrying.” All these different emotions arose as we saw the elections unfold over the course of days.  Some buildings closed down, due to the fear of retaliation after the 2020 President was to be announced.  In news broadcasts, we saw some Trump supporters carrying large rifles.  We also saw uproar of these followers at the voting polls, after President Donald Trump claimed it was a fraud.  All these sequences of events make this election stand-out.

What stood out the most to you during this election?

I also think that this past election was very different from the prior ones. A significant part of it is probably due to the fact that we’re in a pandemic right now, but I think that this election also had bigger stakes for both parties. The appointment of the new Supreme Court Justice tipped it in favor of a conservative bias, so the Democrats would need to win back the Senate or the executive office in order to keep a balance. And since the President has refused to formally concede the election, the country is more divided than ever. With this in mind, do you believe that a disruption in a peaceful transfer of power will hinder the government’s response to the pandemic?