Why virtual courtrooms are becoming so dangerous

Home Why virtual courtrooms are becoming so dangerous 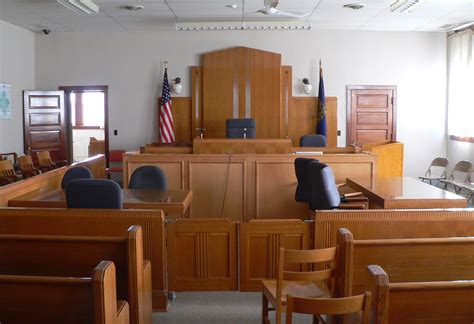 These cases often relate to pressing issues such as Black Lives Matter and peaceful protests against organizations such as the proud boys. In order to stop this we must ramp up our security on digital courtrooms.

As we had seen in a recent Charlottesville trial where testifications from people against the “Unite the Right” movement were harassed by racist remarks and a filming and streaming of the courtroom’s trial. Many of the defendants feared sharing the names of their friends or families or the names of people’s involved as thousands of alt right trolls listened and waited across the united states ready to doxx them and share their personal information. The fact that the safety of people involved with the trial could not be guaranteed is deeply concerning. Courtrooms being public is intrinsic to the American justice system but a change must be made.

One potential solution is that a digital courtroom must be filmed and uploaded to a official court website at a later date; however, the call must be closed and not allow others into it for risk of doxxings and streaming to third party websites. To ensure people’s safety and in order to prevent third party streaming we must close digital courts from the public.

Huck,
It’s a real shame that this is a problem that needs to be addressed. Given the sensitive nature of court cases, it’s mystifying why it’s difficult for them to be set up securely. Our own school can set a password to restrict access, why can’t the government?
Internet court cases have the advantage that it provides safety from those most vulnerable to disease; but it must also protect those most vulnerable to harassment.

This is an alarming threat because courtrooms are supposed to allow people to reach some type of justice and accountability. Now that that is being threatened, the justice system is being further pushed into the deep end. So many people have lost faith in our justice system and now with the untrustworthiness behind online court cases, I am not surprised if people lose more faith. This also brings up the point for hard hard it would be to run these cases for lawyers, clerks, judges, bailiffs, and more.