Why Should We Find Another Habitable Planet?

Home Why Should We Find Another Habitable Planet? 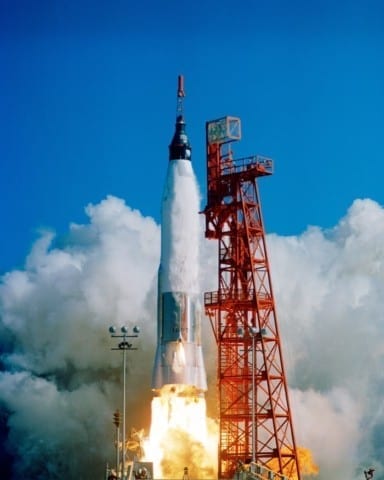 As of 2011, NASA’s Kepler mission spent $600 million on its launch and has since discovered 54 potentially habitable planets (editor). Of those 54, no water has been found yet, but William Borucki of NASA’s Ames Research Center says, “Some candidates could even have moons with liquid water,” implying that the planets would have water as well. Kepler has discovered over a thousand planets, but has searched only a tiny fraction of the universe. Borucki says analyzing this fact, “There must be millions of planets orbiting the stars that surround our sun”. The likelihood of one of those planets having a chemical and atmospheric composition resembling earth is impossible to ignore. This data was from 2011 when the mission had been going on for less than a year, so it must have made incredible advances in the later years (Dunbar).

None of this is possible if NASA does not have sufficient funding. The benefits of NASA’s discoveries reach beyond space and can be seen in everyday life (link to hypothesis annotations). Television and radio signals exist because of satellites, weather forecasting is extremely accurate because of satellites, medical knowledge is increased because of research in astronauts who remain in space for extended amounts of time, and vaccinations are improved because of the abilities to study bacteria in space . Although NASA’s annual budget was $17.5 billion in 2017, “It is estimated that the total economic benefit of each dollar spent on the space program has been between $8 and $10 (Rainey). This means that although $17.5 billion may seem like an absurd amount, every dollar of this government investment is beneficial.

Some might ask, “Why would we need to consider finding another habitable planet? Earth is our home and is perfectly fine.” It may not be as invincible as we think. A study by the World Wildlife Fund revealed that humans will exploit all the planet’s natural resources by 2050 if we continue to use them at this rate, and therefore will need another planet the same size of Earth to compensate for our overuse of materials. Deforestation will result in record high carbon dioxide levels in the atmosphere because there are no trees to absorb CO2 and convert it to oxygen.Author and professor Alan Weisman says in his book “The World Without Us” that it would take earth 100 years to reset its CO2 levels back to normal without any human activity. According to the WWF report, humans’ impact on earth is increasing by 1.5% each year, which means earth’s health can only be decreasing (Burke).

However, some believe that NASA’s exploration is fruitless and a waste of tax money. Jerry DeGroot, a history professor in the UK, says that humans need to place importance on earthly issues like reducing poverty, disease, and droughts rather than giving money to fund extraterrestrial expeditions. According to him, NASA is hurting the environment and aiding global warming, although they claim to be interested and eager to find solutions to it. “The time has come to pull the plug on meaningless gestures in space,” he writes while saying that the possibility of transferring or extending the human race to another planet is nonsense because of the time it would take to reach it (DeGroot).

But only because technology hasn’t found a way to speed transportation through light years or found a certain habitable planet for humans, it doesn’t mean it will never happen. A few generations ago never would have believed everything in an encyclopedia could be available at our fingertips on a device the size of a hand. We musn’t place limits on the capability of creativity and technology because it can take us to worlds we never imagined.

If we are destroying our planet when theres enough to keep us alive and going if we change alot of whats going to destroy it then whats to say whoever gets to go to the next planet wont do it again to that planet? it makes no sense we humans are morons.

Hello Mary, I think your post is a great idea. The thought of humans leaving earth and colonizing new planets would be interesting. But how will we be able to take care of our new home if we are leaving our original one because we ruined it? Will this disrupt our adaptation to the problems we make? Will we be able to survive the competition that we put forth against each other for the planets resources? How will we qualify who can go on this voyage and how would one control another society so far away? Are we taking the whole human population on the voyage or can those who wish to stay be left behind? I don’t expect these questions to be answered but I do love to break down every idea down to the last detail.
From this link, https://www.smithsonianmag.com/science-nature/humans-begin-colonizing-other-planets-who-should-be-in-charge-180962331/, it says “Mars’ harsh climate and high UV radiation would kill off many of the microbes we may accidentally bring from Earth.” It really got me thinking about how colonists from the european countries had brought over their diseases to the new world. What would happen if our microbes didn’t die off as soon as we started living on another planet? We would have to think about how our presence would disrupt a perfectly functioning planet? Also, the website stated that “If there were life on the Moon, we would have it here now.” Not only would we have to think about containing our own lives, we would have to think about containing other life forms from interfering in where we travel. From this link, https://qz.com/907211/should-we-live-on-mars-nasa-astronaut-ron-garan-believes-we-should-focus-on-fixing-problems-on-earth-instead-of-martian-colonization/, it said “if we can’t even “terraform”—which is to control our climate and environment—our own planet, what makes us think that we can go to another planet and control the environment there?” If we cannot control the bad things happening on our planet, will that teach us to run from planet to planet without fixing the messes humans made? I am really excited to see how your paper turns out, this was an interesting topic to comment on. Bye.

Hi Mary! Your post elaborated both points of views with concrete arguments supporting your claims. Please use this https://www.nasa.gov/50th/50th_magazine/benefits.html as another resource, they have lot of information that can help you.
Your post rose many questions of how we should try to help and save this world we have.

Dear Mary,
You did an excellent job of presenting both sides to the argument that your going to take on! It’s nice to hear both sides of an argument explained so well. I looked into this topic myself and found another great website that presents another side your argument: https://www.forbes.com/sites/modeledbehavior/2017/05/06/sorry-nerds-but-colonizing-other-planets-is-not-a-good-plan/#688cb3c651e6. While I am a fan of space exploration and the search of finding new, habitable planets, your essay gave me a lot of insight as to why we should focus our resources on trying to save the planet we were given in the first place.
Good luck with your paper!
-Tony