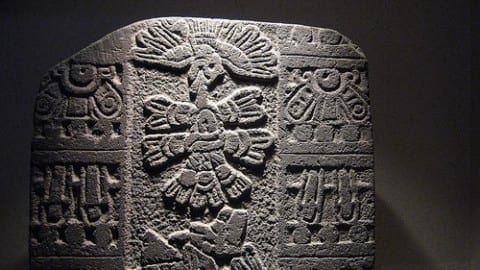 The Aztec were an overlooked civilization. Their brutal traditions of human sacrifice overshadowed many of their endearing qualities. People usually consider the Aztec to be a violent, bloodthirsty, and malevolent people. Human sacrifice is an action that isn’t ignored and, in the case of the Aztecs, averts one’s attention and thoughts away from their positive ideals.

To the Aztec, sacrifice wasn’t just about ending another’s life. It was an act of salvation, respect, and repayment. They truly believed that if they didn’t conduct ritualistic sacrifices the world would end. Their livelihood was at stake. Without the sacrifices, the rain would stop and they would no longer be able to grow food, the sun would cease to rise leaving the world in darkness, and their worst fears would come to life and destroy everything they knew and loved. It is simply logical to kill a few in order to save many. They believed that it was an honor to be sacrificed as well. Some citizens willingly gave their lives so they could be saved and rewarded for it in the next life. Their god’s made a sacrifice in order for humans to exist and by giving of themselves, the Aztecs repaid their gods and showed them respect.

In no way am I suggesting that human sacrifice would be justified in modern times. Infact, I would like call myself anti human sacrifice if the movement ever started (hopefully it will never be necessary). However, in this particular case, in an ancient civilization that lived nearly 600 years ago, human sacrifice would be deemed appropriate and essential. It was ingrained into their culture/spirituality and done for the benefit of many. If we look beyond the savage act of the sacrifice itself we see that the Aztecs had many righteous qualities. To characterize them as a murderous culture is an oversimplification. Blood soaked the ground but a flower grew up from it.