Home Why Police Brutality is a Worldwide Issue 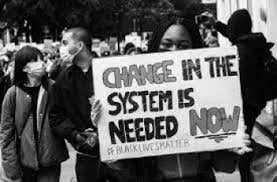 132 people have already been killed this year by law enforcement, and it’s only March (Statista Research Department). Police brutality is a term used to refer to “various human rights violations by police,” which may “include beatings, racial abuse, unlawful killings, torture, or indiscriminate use of riot control agents at protests” (“What Is Police Brutality?”). This has been occurring around the world due to a “400 year problem,” but the idea of police brutality and actions of unnecessary force have both been around for centuries (Ahmad). Police brutality occurs among every race, ethnicity, and gender virtually anywhere in the world. Minority or impoverished communities, specifically African Americans, have had the most loss and been a major target for police violence, as news stories gained national attention this past summer. These actions “violate the right to be free from discrimination, the right to liberty and security, and the right to equal protection under the law” (“What Is Police Brutality?”). This is an issue because many people, sometimes even innocent people, are killed or wrongfully mistreated by those who are supposed to be there to protect, and most of the time there is little to no repercussions or consequences for the officer’s actions.

Police brutality is most common within the United States, with “around 1,000 people” being killed every year by police,with some years having larger numbers than others. On a more global scale, an average of five people per day are killed in Rio de Janeiro, 122 poeple were killed in 2019 due to the actions of Kenyan officers, 600 protesters were killed by police in Iraq between October 2019 and January 2020, and over 500 people were shot and killed, with more than 300 shot and injured due to the actions of law enforcement in Jamaica (“What Is Police Brutality?”). As time goes on, this violence will only continue to worsen. We as a society should care about this issue because though it may not directly affect us, it affects the country as a whole in one way or another. If nothing is done to lessen or end police brutality, numerous people, even innocent people, will be killed at the hands of law enforcement and nothing will be done about it We will live constantly in fear of death, and the newer generations will think that this is normal, not realizing how grave the actions of the officers truly are. As a society, we should all work towards putting an end to this, and actions should be taken to prevent this from ever happening again in the future, whatever the cost.

The issue of police brutality is not new, and it should be discussed all over the world, but many people do not really understand what it means. I recommend reading more information on this resource for students https://happyessays.com/free-essays/police-brutality/ as experts gathered the determination of this term, corruption, relation of racism and police brutality which gives better understanding of all cruciality the people meet when it comes to police.

Amanda, I loved reading your article, and I think my favorite thing about it was that you did not just focus on the United States but also other countries in the world making it not specific to you. I think expanding on the idea and what happens in other countries would be beneficial. We live in the U.S. so we know what happens here, but how are others being harmed by police brutality? and what is being done about it if anything in other countries?

Amanda, Loved reading this. I also loved how you included other parts of the world and their numbers.

Amanda, thank you for pointing out how police brutality can be seen the world over. Often, in our current media and geopolitics, most news is seen as American-centric, and more often than not, certain problems seen in other countries go unnoticed since they don’t get the media attention here in the states.
If my understanding is correct, there is a huge issue in Myanmar with police brutality and killings due to all the protests against the coup in that country. If you were to possibly expand on your writing by including this, it would be really eye opening to those who read it.

I think your perspective of police brutality globally is really unique and rarely addressed. Police brutality is a direct violation of natural and human rights and should not occur as often as it does, not only in the United States but globally. I think it would be especially interesting to continue this topic by contrasting countries that don’t have a prevalent police brutality issue with those that do in order to find solutions to this terrible and unjust issue. I really liked that you included sources for the statistics and facts you mentioned in your article, it really helps to amplify and back your position on this topic!

That is so absolutely interesting! It wasn’t until the protests in the summer of 2020 all around the world that I realized how global the problem of police brutality is. My only question is why do you think it’s a consistent issue? Is it because we put to much power into other peoples hands or is there something deeper at play here?

Hello Amanda!
I thought this is very interesting post! So often it seems we fail to appreciate that many of our American issues are global issues, which you did a great job of addressing! I wonder what strategies we may employ to build international cooperation to solve this issue?
Thank you for your post!