Why Minimum Wage Should Not Be Raised

Home Why Minimum Wage Should Not Be Raised 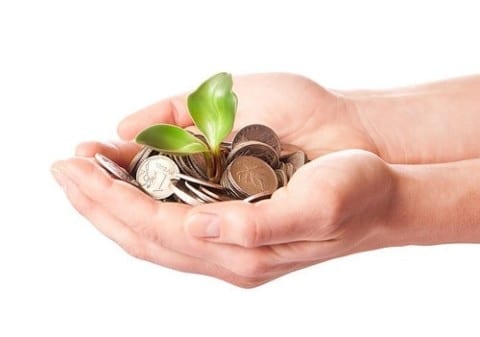 Recently there has been a massive push across the nation to increase the minimum wage, which usually applies to fast food workers, to 15$ an hour. That is a bad idea. Raising the minimum wage to 15$/ hour is not only detrimental to the economy and its consumers, but also just is not fair.

According to The United States Army Official page, an entry level soldier makes approximately $18,800 per year. The average work week for salaried Americans is 49 hours (Washington Post), assuming a solder worked 48 weeks a year with a salary of 18,800, their hourly page would equate to about 8$/ hour. This naturally does not include the other benefits on top of base pay, but the message is clear; American men and women would be risking their life everyday for less money than what fast food workers are demanding to flip burgers and punch in orders.

A main argument used by fast food workers is that raising the minimum wage is the morally right thing to do, that these suffering people hovering around the poverty line deserve some relief, they are absolutely right. Problem is though that raising the minimum wage would hurt much more than it helps. In 2015, according to Statista.com there was 3.7 million Americans in the fast food workforce. Of that 3.7 million 30% are teens therefore not even dependent on their wages since their parents are still their main providers. There are 28 million small businesses in the country (Forbes.com), which obviously consists of a much larger portion of the workforce than fast food. Forcing those small business employers to pay their workers more siphons away precious cash that they could be using to grow their business. To compensate these businesses would be forced to lay off employees to keep their head above water. The employees not fired would benefit from a slight increase in living standards, but at the same time their former coworkers would now be facing poverty as well as unemployment. Yes, raising the minimum wage would help some Americans, but at the same time it would hurt millions more.

Daniel Flaming, a writer for Economic Roundtable and a supporter of the minimum wage being raised states, “Businesses will benefit from having a higher-paid labor force that is more stably housed, reducing employee turnover and the associated costs for recruiting and training new employees. It costs an estimated 30 percent of a worker’s annual salary to replace that worker, so reducing the frequency of worker turnover results in significant cost savings for employers.” This suggests that raising the minimum wage would not have the supposed negative effect on small businesses as predicted. Question is though, if it truly would be so beneficial for businesses, then why do companies choose not to get on the higher wages bandwagon? There is no law saying companies currently cannot pay their employees 15$ an hour. Business owners are stereotyped to be greedy money hogs, so if raising wages was truly profitable, as Daniel Flaming claims, then every business in America would be paying their workers more. The reality is though no matter how much it is spun to help businesses, businesses realize that raising wages would hurt them more than it would help.

America is one of the few countries where you can go from rags to riches with hard work and a brilliant idea. Hindering these individuals striving to reach the top by forcing them to pay ridiculous wages to minimum skill workers completely undermines the American Dream. Paying these minimum skill workers more than we pay our armed service members is just straight up unconstitutional and immoral. Fast food workers mindset should not be demanding more money for completing the same unremarkable task, but rather using it as a stepping stone to achieve greater things.

Brandon, minimum wage should be raised especially for people that are put in a very stressful situation. Fast food cooks may be put in a situation in where something horrible can occur.

Brandon, I think minimum wage should be increased to at least $10 an hour as right now no one can sustainably live off of minimum wage. My aunt works at mcdonald’s almost full time and can not afford rent unless she works a second job as a hospital lunch lady. I think anyone who works forty hours a week deserves a wage that brings them above the poverty line.

I completely agree that the minimum wage should not be raised and that it undermines the american dream. I think your writing is very organized, clear and understandable and you used many examples which strengthened your argument.

Brandon, I agree that minimum wage should stay where it is but for a whole different reason that you did not present: inflation. If McDonald’s or Walmart is forced to increase wages for their workers, instead of having a huge layoff as you predict, these companies would most likely raise the prices of their products in order to pay their workers’ wages. Now the workers benefiting from higher wages just have to pay more for the products they need everyday. Therefore, their standard of living did not increase, just the scale of wages to prices, otherwise known as inflation. Inflation has been historically detrimental for American economics. For example, both the Great Depression and the Great Recession were two of the biggest inflation periods in american history. Because of inflation, if you were to lose your job, supporting yourself would be so much harder because prices are that much higher. That is why raising minimum wage does not help workers. Still, minimum wage workers struggle to make ends meet, but, in order to help them, the focus instead needs to be on lowering the prices of everyday goods, so as to increase the standard of living. There are many ways to do that like tax breaks for big companies moving back to the U.S. so as to increase competition and lower prices organically. This will also lead to more available jobs. But in lowering prices minimum wage can go a lot further than where it is now.

Dear Brandon, I agree with you and what your wrote. The minimum wage is fair considering the amount of work that is done. In my mind you’re rewarded for the work you do, not just given what you think you need.

I agree brandon. Instead of raising the minimum wage, we should make more middle-class jobs. This would allow more people to get jobs and have a better income, instead of a person having multiple minimum wage jobs. Also, a high minimum wage would also increase inflation, which is bad.

I agree! I think that not raising the minimum wage is the best choice for our economy. I feel like it is not right that people in the army are getting paid $8 for working so hard, and not that people at fast food places are not working hard but they are not putting their lives in danger for ours.

Brandon, I totally agree with what you wrote and how minimum wage shouldn’t be raised higher. I think that raising minimum wages would cause more problems than what it’s fixing.

Help on Youth Voices
wpDiscuz
8
0
Would love your thoughts, please comment.x
()
x
| Reply
Log in with Facebook
or