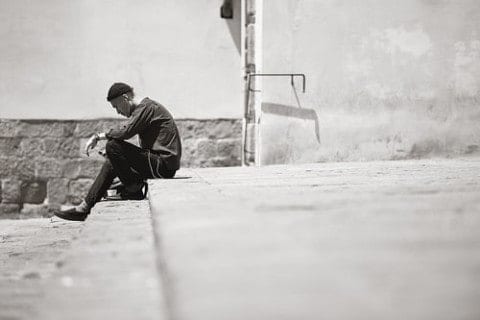 Sometimes, they make decisions that they will regret someday. Some young people who experience mental health issues are more likely to take drugs to get rid of bad feelings. But, using street drugs may kill them in the future. People who inject heroin, for example, are more likely to become infected with AIDS if they use the same needle as an AIDS patient.

AIDS cannot be cured with today’s technology. When you know you have AIDS, you already know you may die in a few years. After becoming infected with HIV, people could expected to get AIDS within about 10 years, and then live only 1 to 2 years more. They may regret inject the heroin. What’s more, people try drugs are more likely to become drug addicts. When they try to stop using drugs, they may have some bad physical sensation, like spasms.

It is important to avoid drug users because they may try to persuade you to try drugs to alleviate mental pain. If depressed people use harmful and dangerous drugs to get rid of bad feelings that they may regret later. The bad things associated with depression cannot be fixed in this way.
www.hiv.va.gov/paatient/faqs/life-expectancy

I appreciate you taking your time to focus on mental health.This topic is extremely significant since mental health affects the overall well being of people. It affects how we think, feel, and act. It also helps determine how we handle stress, relate to others, and make choices.

Check out my blog on child marriage: http://childmarriage.family.blog. Child marriage has a devastating impact on the mental health of child brides, such as depressive disorder, antisocial personality disorder, and nicotine dependence.

Dear Li,
I really like the fact that you chose the topic of depression. I heard a lot about chronic depression recently. I think it is becoming a big issue in our country and our world. I kind of agree with your argument that young people are not mature enough to make good choices. I totally agree that people take drugs which is a bad choice. I agree that it is important to avoid drug users and people need to find a way to treat depression better. People take drugs to find relief but that is just for a short time period. They need to be treated differently. I hope less people suffer from depression.

Depression has a lot to do with stress and stress leads to depression in a way. There’s so much situations and responsibilities that cause stress for the youth these days that it doesn’t surprise me that more and more young people are becoming depressed. This problem will probably be bigger in the future as well so hopefully we can reduce it by then for all.