Why is there such a high incarceration rate?

Home Why is there such a high incarceration rate? 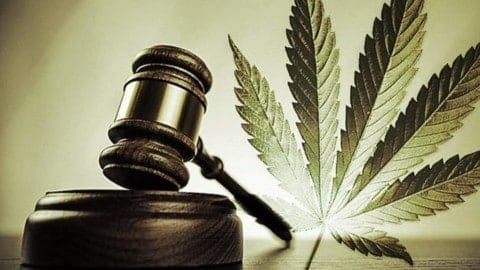 In many states in the US, cannabis is beginning to be legalized recreationally. In other states, only medical cannabis is legal; and in Utah, only the consumption of CBD is legal. If you get caught with cannabis, you can be charged with a felony. This also ties into why we are leading the world in the highest number of incarcerations; the War on Drugs has imprisoned many people, and decimated minority communities.

I would like to know 2 major things.1) Why do officials, with the overwhelming amount of scientific evidence on both recreational and medicinal cannabis, still refuse to legalize and tax it? And, 2) why do officials choose to turn a blind eye to the obscene amount of people that are imprisoned for very minor charges, for both cannabis and non-cannabis related “crimes”? So, I guess with more critical analysis, the real question is not, “Should cannabis be legal,” but rather it should be: “Does the massive incarceration rate have anything to do with the laws on cannabis?”

In my research, I have found information based on the amount of arrests made solely based on possession on a small amount of cannabis. The American Civil Liberties Union (ACLU) says that: “Of the 8.2 million marijuana arrests between 2001 and 2010, 88% were for simply having marijuana. Nationwide, the arrest data revealed one consistent trend: significant racial bias. Despite roughly equal usage rates, Blacks are 3.73 times more likely than whites to be arrested for marijuana.” In the wake of reading these statistics, the question runs even deeper; is the incarceration rate high due to racist law enforcement, simply using the excuse of marijuana to make arrests? “In Iowa, D.C., Illinois, and Minnesota, blacks were 7.5 to 8.5 times more likely than whites to be arrested for possessing cannabis” (Slide 5.) Based on this data alone, along with other sources, we see that there is an overwhelming number of incarcerations based on marijuana possession. In fact, in the NY Times (linked in “sources,”) we see that arrests made for the possession of cannabis are made more often than the arrests for violent crime. Thus, this answers my question. What is contributing to such a high incarceration rate? The rate at which people are getting arrested for possession of cannabis, is in fact, contributing to this.

I kinda agree that its due to racial because many of colored people get arrested for cannabis but other races get locked up for it as well and also I agree that cannabis should be fully legal because it would cut down the number of arrest that happens for possession of marijuana even when its just a little bit .

This was a cool article. With a lot of good sources of information. My only question is how does this effect the issue of over crowded prisons. Today, prisons are more over crowded than they have ever been before. Here is a cool article:
https://www.usnews.com/news/best-states/articles/2017-07-26/understaffed-and-overcrowded-state-prisons-crippled-by-budget-constraints-bad-leadership

I am so impressed and interested in your article. You provided multiple sources with very interesting information and statistics about incarceration rates. There certainly is a racial bias prevalent in this issue, and that makes it an even bigger issue. Here is a link to statistics relating to your topic that you might find interesting…. http://www.sentencingproject.org/publications/color-of-justice-racial-and-ethnic-disparity-in-state-prisons/

This might not be entirely due to race and may have more to do with culture differing among the socio-economic levels. Also, legalizing marijuana would be bad for the people in low income neighborhoods who grow and sell it, since big companies could invest into the growing of it, therefore driving small illegal businesses into the ground due to larger competition.