Why is there so much hate in the world?

Home Why is there so much hate in the world? 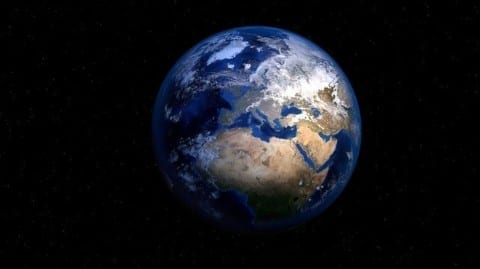 Why is there so much hate in the world?

I think there is so much hate in the world because not everybody agrees with the rules and the change of people. For example, the Taliban will not let girls go to school and be normal people. They have rules stating that girls will NOT go to school. They also hurt people that dont listen to them. This is part of the reason why we had a war with them and are going to continue it after a certain amount of time. Because, they also threatened the US and have caused major terrorist attacks on the US. This brings hate towards them causing people to die and peace to be overseen. Mainly I think that it’s people’s feelings and their brain. Psychologically they think it’s okay to commit terrorist attacks on the US because they want to make a statement, they want to show that they are powerful. People want to be number one and when they arent they are full of hate and do things to others that cause more hate.

Have you ever wondered, Why is there so much hate in the world? What would the world be like if we didn’t hate so many things about each other? Well, I am here to tell you my thoughts on why. The first reason is that hatred is a feeling/emotion that everyone has that can go toward anything. You aren’t born with hate. You are opened up to hate. Your surroundings have such a huge influence on your hatred. You could be surrounded by the most loving family and be taught that you love everything. Such as, you don’t hate a certain movie. But if you grow up with your family disliking the movie then you will learn as a kid to dislike it as well. If you grew up not liking school and being lazy and your parents not wanting to put in the effort and telling you, showing you that it’s okay to not do good in school then you will end up hating it. The hate in the world now has turned into racism, sexism, people being homophobic, etc. Racism is one of the biggest problems in today’s world. People have such a hatred for someone just because of their color that they will kill them just because they don’t like that they are darker toned or lighter toned. In this Video the reporter talks about his dad and how discrimination has affected him because of the hate someone had against his colored father.

Another reason is the psychology of ourselves. Hatred is created with your own mind. I feel that you make whatever you hate much more than what it should really be. We shouldn’t hate at all but we can’t have a perfect life without some hatred.  “We do not have a common enemy, indeed, it is “the other” that has become the enemy, whatever or whoever that “other” might be for us.”

The last reason why is betrayal, another feeling that causes hate. In the second article in the first paragraph it talks about how we have to trust that even the government will fund us to live and take care of our needs such as going to the doctor and paying our needs when we can’t. “We trust the government to provide the basic infrastructure to live, commute and work.”

I understand you in your sentence, “the Taliban will not let girls go to school and be normal people”.

Racial discrimination and gender discrimination allow people to throw maliciousness at others. Inequality in society has also aroused people’s anti-social psychology, and many reasons have led to distortions in people’s mentality. People feel uneasy at some point and despair in the war. In my opinion, to improve this fact requires people’s efforts and the indispensable passage of time.

This topic is very nice, and the angle of the article is also very unknown. I look forward to seeing your follow-up thoughts in the future. Thank you for providing new ideas.

Thanks for your writing Dominic, I found it to be very compelling. I never really thought about it until I read your post but it is very true. Some movies that I used to watch with my family, I hated because their opinions about it were very negative and those negative opinions projected onto me and influenced my opinion. There is so much prejudice and predispositions that are built up about certain things these days that are reinforced throughout our childhoods. I look forward to seeing what you write about next. Good Job!