Why is Scientific Research Doubted So Often

Home Why is Scientific Research Doubted So Often 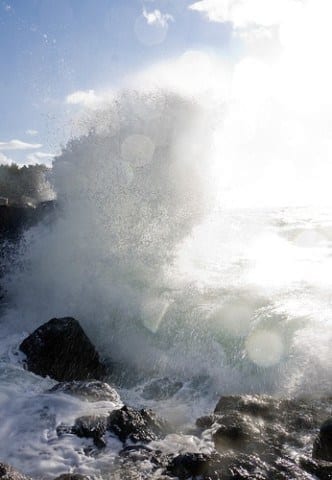 Global warming is not something you can just “choose” to believe in. Global warming is a real issue and its effects can be seen everywhere. It boggles my mind how scientific research to this extent seems to be doubted by today’s society. As a twelfth grader, from Utah, one might think that I live in a bubble- and they’re right- but most who surround me are environmentalists who want to support and not destroy the earth.

It is shown that 90 percent of the Co2 gases that are created in the atmosphere is absorbed into the ocean. Thus, causing ocean acidification, leading to animal habitats such as coral reefs to die. I remember the first time I read about the epidemic; I was thirteen years old when I found the book, The World is Blue, by Sylvia Earle, and became entranced with the oceans and their man-caused misfortunes. I learned that more than 90 percent of the world’s coral reefs will have died by the year 2050. It’s absurd to think that this will be in our lifetimes but, nonetheless, it the truth unless we change our habits.

Imagine if scientists said that by the year 2050 only ten percent of trees would be left on our planet- people would be freaking out and doing something about it, correct? However, when it comes down to the ocean, scientific calls for help have been outright ignored.

I watched this great documentary in my oceanography class called, “Chasing Coral”, about these scientists who took pictures of coral reef sights every day for four months. The results were coral bleaching- when there is too much Co2 is absorbed making the ocean warm, the corals cannot survive. It’s a sickness for the corals. At first one might think that one or two-degree temperature changes in the ocean is not drastic, but imagine if your body temperature rose two degrees. You’d be sick, and after a while, you would be in fatal condition. I highly recommend watching that documentary; it gave me a great perspective on the issue.

If we could only get off our high horse and help the environment more by being smarter with our waste, consumerism, and efforts, then maybe- just maybe- that could be a start.