Why Is Air Pollution In Utah So Bad?

Home Why Is Air Pollution In Utah So Bad? 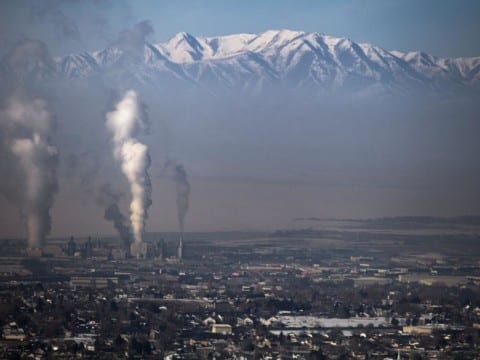 Utah’s poor air quality has to do with the geography of our state. According to the Utah Department of Environmental Quality, “Utah’s unique topography, geography, and meteorology are important factors in the buildup of fine particulates during inversions, emissions and their chemical precursors are the primary cause of these pollution episodes.” Utah pollution is especially bad during the colder months, due to people leaving their cars to idle so they can warm up when it is cold out.

According to SLC Tribune, “Salt Lake City still has some of the worst air quality in the nation.” However, the use of emissions has declined since 2011. Meaning Utah’s air quality is slowly improving. But, the emissions and pollutants can still be very harmful to the people living in the polluted area.

The Polluted air limits people from leaving the insides of their homes occasionally. Especially for those that have any sort of lung issue, such as asthma. A study by Harvard researchers shows that air quality may be killing elderly people in Utah, even when the air is moderately clean. Not only does it limit those who already have issues but it can bring new lung issues to people who were not previously affected.

I strongly agree with you Katie. Knowing that The rocky mountains surrounds most of Utah but knowing that the air pollution can affect lost of people including elderly, regular people, and also people who have lung problems. By leaving your car on, just increasing the pollution levels by a certain amount, so limit the amount of time your car is on idle to lower the levels of pollution.