Home “Why I’m Dumb as Hell” 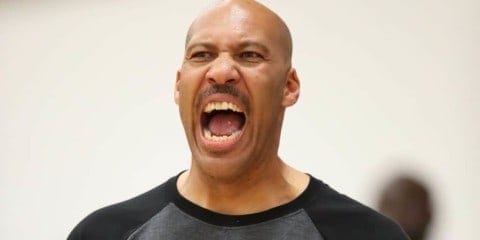 Well that’s okay me to,

But as of lately I’ve been thinking

Maybe you should just be you,

I mean I get it

The attention and wanting to be cool,

But I think you lost sight of it all

And started acting a fool,

But you’re no different from me

Matter of fact we’re the same,

Started to point the finger at others and

We spoke to each other

And you tried to put me to shame,

But it’s funny how our mouths keep yapping

My how we complain,

But why I’m dumb as hell,

Is it because I put the needs of others in front of my own,

I would’ve quit earlier due to the consequences if I had known,

Maybe it’s cause I pushed my friends away when things weren’t going so well at home,

It’s because I didn’t realize till now my full potential when I let go and accept being alone.

I am really impressed to why you wrote about yourself being “Dumb”. I personally will take the sides of you not been dumb but rather to being goofy. I know that you are a very friendly, goofy, and smart person. I do believe that you have more in you than what people think. Knowing you seems like you don’t have to be dumb to be a really cool dude, I already think you are cool enough for everyone. A line that stood out to me was the following… “Maybe you should just be you, I mean I get it. The attention and wanting to be cool. But I think you lost sight of it all And started acting a fool”. I found this line very cool and creative because you are trying to explain that when you want to be cool, you might just act like a fool so that you can be cool. This is a very cool to explain to people when they think they are cool. I know you are cool, but a cool dude without making a fool out of himself. I think that you have a very creative way of writing things in your own ways and that is a skill that very few people have. So keep up the good work that I’ve seen you done and that will get you to where you want to be.

Dear Vesna
I like how you started writing with a good hook that made it catch my attention to your poem. I like how you were honest with this poem about yourself. you used good details in here that made your poem interesting to me. Good Job Mijo

Dear Vesnito,
I appreciate the fuck out of this poem. You spoke your mind and really felt engaging to read. I’m happy you chose “dumb” because as a reader I thought you were going to speak about “being dumb” but you switched it around and mentioned you’re actions being dumb instead. You are a great fucking writer and I know I shouldn’t be cussing but it just shows how much I LOVE this poem and all of your other pieces. Never stop writting!

I am surprised that you chose dumb, I don’t think that you are dumb, but I think I understand what you are trying to say. I think that you have more in you and everyone does the things that you mention in your poem. One sentence you wrote that stands out for me is, “You like the attention don’t you, Well that’s okay me to, But as of lately I’ve been thinking Maybe you should just be you, I mean I get it The attention and wanting to be cool.” I think that this line of the poem means a lot because it explains how everyone fails to admit that they really like the attention that they get from people. You are very understanding when you say that you want it too because that is what everyone wants. You also realize that maybe being you is the best thing because people just try to get the attention to seem cool. Another sentence that I liked was, “Maybe it’s cause I pushed my friends away when things weren’t going so well at home, Why I’m dumb as hell, It’s because I didn’t realize till now my full potential when I let go and accept being alone.” I think that at this part of your poem you are realizing that maybe letting go of people is the best thing to do because maybe not everyone will be there for you at the end. You should always think about yourself first and you don’t always have to push people away or even if you do you can let them know. It is just something that should apply to everyone and the choices that they take. I agree that people should start being themselves instead of seeking for the unnecessary attention.

dear vest. I like how yo u came out and talked about how your really felt this is a strong poem..

I liked how you used this poem to speak truly about the type of person you are. You used some clear description that stood out while reading your poem.