Why I Love Basketball

Home Why I Love Basketball 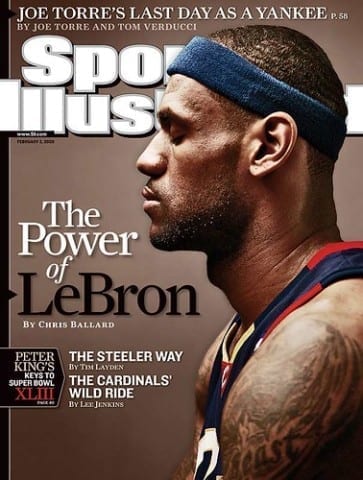 My favorite word is NBA. The NBA is important for me because I have been watching since I was 10 years old.

He led the Miami Heat to NBA titles in 2012 and 2013 and won another championship with the Cleveland Cavaliers in 2016.

Lebron James was born on December 30, 1984, in Akron, Ohio. At an early age James showed a natural talent for basketball. He was recruited by St. Vincent School. Many high school players joined their basketball team in 1999.

Even me and my brother play basketball with our cousin. When we have free time we go to the park and we play 3v3 in the park. Sometimes my cousin calls to come and watch the game at his house. He buys drinks and we watch the Lakers games because the Lakers are my favorite team in the NBA.

And that is why my favorite word is NBA, because I love the game of basketball, I like to watch the games and be with my cousin.

Im intrested by, your post, “why I love basketball,” Because I can relate to you just for the fact that me and my frinds also join up and play 3v3 agians people who play in the park.

One sentince you worte that stands out for me is “Lebron James was born on December 30, 1984, in Akron, Ohio. At an early age James showed a natural talent for basketball. He was recruited by St. Vincent School. Many high school players joined their basketball team in 1999.” This sentence standed out for just beacuse of the fact that you know so much about one singler player. And yess lebron did win that ring with the lakers beacuse he is a goat.

Thanks for your writing and I relley hope I can see a lot more of your intrest in basketball maybe you can talk about vince carter he is my favorate player all time.

I am interested by, your post, “Why I Love Basketball,” because i can relate to this too because i love basketball too, i watch it and play it
One sentence you wrote that stands out for me is: “My favorite player is Lebron James because he inspires me to keep watching basketball games. My favorite player has played for a lot of teams. Lebron James became an immediate star after skipping college to join the NBA Cleveland Cavaliers. ” I think this is interesting because lebron james is one of the greatest players of all time , and personally i feel like hes the best player in the world right now
Another sentence that I liked was: My favorite word is NBA. The NBA is important for me because I have been watching since I was 10 years old. This stood out for me because i can relate to that because i started watching the nba when i was very young too .
Thanks for your writing. I look forward to seeing what you write next because…you write about the things i like.

It was great how you talked about one of the greatest players to ever play the game, and explained how he got there. He inspired millions of people and when he decides to leave, the game wont feel the same anymore.