Why Have we Become so Reliant on Technology

Home Why Have we Become so Reliant on Technology 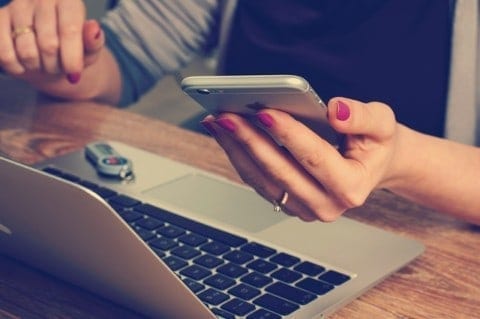 Technology has not been around for that long. Innovating discoveries like planes, phones and cars started in the late 1800’s. Over the next 200 years technology just kept advancing. Just recently humans have started to become reliant on technology. In the last two decades people have become obsessed with smartphones and social media. People have become dependent on technology to the point where it is the first thing they see when they get up and the last thing they see before going to bed. Technology certainly has a lot of benefits; Improving patient healthcare, being able to communicate with others around the world in seconds, navigating yourself through foreign places, and making air travel safer. These positive effects of technology also cause negative effects. People tend to get less sleep, go outside, have less privacy, have more anxiety and depression, and many other problems.

Technology can be used for a wide spectrum of things. People use it for entertainment. Watching videos, playing games, listening to music, and using social media. People use it to socialize with others they might not usually get to see everyday. They can talk to relatives thousands of miles away, facetime and see their face, being able to text them and get replies back within seconds. People use it to travel. Around 100,000 planes are in the sky everyday taking people to various locations. Millions of people are driving around in cars to see new places, to go to work, school, and other places. People use subways and trains to travel also. Hospitals have the technology to do more complex operations. Technology is everywhere. It is practically unavoidable. One of the only ways to really be away and not in the presence of technology is camping. Tents, a fire, stars, the smell of the woods, no electricity, and actual conversations with those around you.

Technology takes people away from reality. Instead of people talking to each other while at dinner or out for a night of fun they will be on their phone. People do not “live in the moment” anymore. At concerts people will film it, without being fully present. Instead of waiting in line patiently people will be on their phones to distract them. People drive and text, walk and text, and this is dangerous to the people around them. People are up late on their phones instead of sleeping which causes them to feel more tired the next day. With the amount of time people are social media their privacy is thrown out of the window. Snapchat’s “Snap maps” feature allows people to see their friends location. It allows strangers to see what you post to the world. People have started to stay indoors and watch tv or play video games and be on their phone instead of going out into the world and connecting with it. Being in the sun and playing in the grass helps ground people in reality. They can run around and exercise with all the energy they have. Technology has become a new platform for bullying. Cyberbullying allows people to say mean and hurtful words without having to see their reaction and face them in person. It created an awful way to instantly breakup with a partner without having to face the guilt and heartache afterword.

Overall technology has made human life easier. Technology has simply integrated itself into our way of life to the point where it is odd to see someone without a smartphone or tablet, and completely normal to see a person who has spent hours upon hours on their phone and watching tv. People are social beings where they like to interact with others. Technology has allowed us to communicate with others without having to be present with them. Without technology people would struggle with what to do. People would have more free time and would make life harder to communicate.