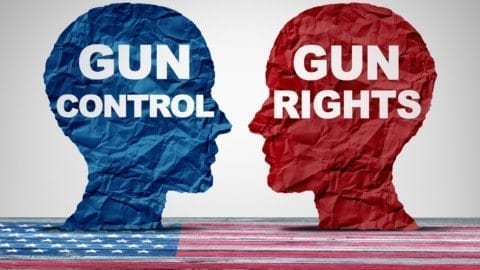 Gun control is in the news a lot these days. While murder rates have declined in recent years, mass shootings have been on the rise. The number of people killed for shooting has risen steeply. In 2016, 49 people were killed in the Orlando nightclub shooting. 58 people were killed in the Las Vegas shooting in 2017. Even though mass shootings are a tiny fraction of all homicides, they drive much of the debate on gun control. Unfortunately, most of the proposals will do little to prevent deaths from gun violence.

One common proposal by gun control advocates is improved background checks. Currently, private sales of guns are not subject to background checks. This is the so-called Gun Show loophole. So there is considerable public support for Universal background checks, it is unlikely to reduce gun violence. According to the National Review, “The Florida shooter had no criminal record and had not been judged mentally incompetent, and so he was able to purchase rifles and other long guns legally, passing a background check in the process.” Criminologist David Jacobson points out background checks won’t prevent criminals from obtaining guns. According to Jacobson, “surveys of inmates show overwhelmingly that criminals obtain guns on the black market or the grey market.”

There is widespread support for keeping guns out of the hands of people who are dangerous or mentally ill. Omar Mateen, the Orlando nightclub shooter, Had a long history of threatening behavior. In high school he was suspended multiple times for a total of 48 days. The FBI had investigated Marteen twice, but decided he didn’t pose a threat. Under current laws, people who are deemed to be a danger to themselves or others can be taken into custody. But the bar is high, and And mental health agencies Are often reluctant to intervene. One could argue that moral laws won’t help if we aren’t willing to enforce the laws we already have.

Nice arguments brought up, and some good examples were presented as well. One point that I think should have been brought up would be how all federally licensed gun dealers must run background checks on every buyer. Despite this, and a few grammatical mistakes, this is a good article about the truth behind gun control.