Why doesn’t everyone finish high school at the same time?

Home Why doesn’t everyone finish high school at the same time? 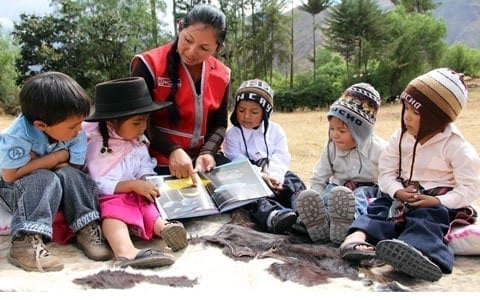 I got a big question i would like to ask and know about it that i know a lot of people ask them to them self.why doesn’t the US schools get all together as family so everyone has the same education ,and nobody would be left behind or feel less than others?

I did some research on equity in education. I read an article in the Atlantic that argues that America needs to fund schools more equally:

”Opponents of school-finance reform often argue that money isn’t problem, and that increased spending won’t lead to better outcomes at schools in poor districts. But studies show that after courts order public schools to spend more on low-income students, students begin to do better and better in school. There may be challenges that go beyond what more equitable funding alone can solve, but it’s the best place to start.”

What Alana Semeuls is saying here is that money is not the problem, and that a student should have the same education even if they have money or not.she is saying that spending a lot of money  in school does not make it better at school with poor districts.If really good education wouldn’t be expensive than students would start to do better and better ,because they won,t worry about paying money for good education ,they will just feel free to study and focus on education.

I think you make some great points; especially that everyone has the right for education. I think it’s very unfair that that not everyone gets the same education. Some stop so early, while others drop out because of family or financial issues. I agree that education is very important and is the one and only thing that will improve struggling societies. I hope this link helps: https://www.weforum.org/agenda/2015/07/why-education-is-the-key-to-development/

Abel,
This is a very interesting question as well as important. Everyone deserves the right to a great education, no matter their economic status or situation. Maybe look at other points of view on education- different countries and school systems- to help form your ideas.

Abel, I feel like you covered a lot of important information about education. It is true that students get better education than others. You made some valid points that education should be equal for all regardless of money status and power. Each child deserves the best education that matches their individual strengths and in turn helps them with their weaknesses.

This is an interesting take on education inequality. Many of the points you make are extremely true. Lots of families don’t have access to a good education due to income. It is unfair that those with less money have less opportunities. Hopefully a change is made to support families with low incomes so they can send their children to high quality schools and guarantee them a better future. Thanks for sharing!

Hey Abel, I really enjoyed reading your post. You made a lot of good points that I really hadn’t thought about before. It is interesting to see another point of view on an issue such as this. I would recommend taking a look at other countries around the world, and how they interact with education. Some may do it slightly better than others, and that could help to fully form your ideas. I hope to read more of your work!

These are very good questions to ask about such a serious topic, a topic which is dependent on not only our future success, but the success of our country. Though schooling should be a right for everyone and should be accessible to everyone, in some cases its not. Everyone goes through personal experiences whatever it may be, which limits their school experience. But we should work around these limitations to allow everyone the right to the same level of education. This article gives further information to those who are affected by poverty in America. https://www.childfund.org/Content/NewsDetail/2147489206/

Abel, I really like the points you made. I recently watched a documentary on public education in America and what you wrote really emphasizes what I learned from that video. Everyone has the right to the same level of education and people shouldn’t be punished because they don’t fall into a certain category. I love the quote you use because it really emphasizes what you’re trying to tell the reader. Amazing work!