Why Does America Hate the Stick Shift?

Home Why Does America Hate the Stick Shift? 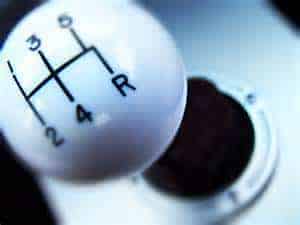 If you look at the global car market, and the American car market some very distinct differences arise. America one of the largest consumer markets in the world. We buy more things than any other country on the planet per household. The car industry reflects this. America bought more cars than every country except China. Over six million cars were sold just in 2016 in the United States, and sales have been rising in the past few years. With this new buying trend, another trend is appearing, people aren’t buying manual cars anymore, Especially in America.

For more than half a century there was nothing but stick shift, the automatic transmission hadn’t been invented yet. Still through the seventies and eighties the majority of people drove stick shift and virtually everyone knew how to. Nowadays only around three percent of new cars sold in the US even have a manual transmission option. Driving schools do not provide lessons on driving a manual and many people do not know how to drive a car equipped with a manual transmission. However in other countries especially in Europe the stick shift is still alive and well. Less than twenty percent of all cars sold in Europe and Asia have automatic transmissions. This difference can be explained through many things.

These choices in cars are an extension of the cultures that are buying them. In America the first priority is comfort and convenience. Americans want to buy the biggest car, that can carry the most stuff and feels the most like their living room more than a mode of transportation. The automatic transmission is just an extension of this, everything in the normal Chevy Tahoe or any car like it is automatic, the seats, the climate control, the lights. Americans are a particularly lazy species. Ever since the automatic transmission has come into existence and become more and more affordable the more and more people want to buy it because it is easier to drive, takes less focus, and leaves more room to fit your giant cup of coffee in the middle console. The same cannot be said for other markets. The first priority to buyers in the global market is fuel economy, fuel has always been very expensive in Europe and Asia. When buying a car in Europe it has always been the goal to buy the smallest car you can live with, to save on fuel and the choice of transmission is no different. Historically manual transmissions get much better gas mileage because they are lighter and typically have more gears. This is why you see more stick shifts in other parts of the world, this is also why you say way less SUV’s and more sedans and station wagons in other parts of the world.

Just within the last decade there have been many advances to the automatic transmission and in many ways it is better than the manual now, including gas mileage. However Europe has not realized this yet or they just don’t care and the market is still dominated by stick shifts. Americans have forgotten the value of actually driving and most people only see cars as strictly mean of transportation. With this in mind it makes sense that Americans don’t want a manual it is just more effort.

nathan,
I totally agree with you nobody seems to know how to drive stick any more personally i love stick my car is a 5 speed subaru forester and i love it. It doesnt get boring i am always doing something and i feel more in control. but sadly stick shift cars seem to be going away.

Nathan,
I am very surprised that someone is finally talking about manual cars, it’s like people in america forgot about it, mainly because they are lazy. Personally I love manual transmissions, what you get with it will never compare on what you get on a automatic. When you have a stick shift, you feel like you’re part of the car like one unit. And some americans today will not get that feeling because they are to busy on snapchat and instagram. One sentence you wrote that stands out for me is “Nowadays only around three percent of new cars sold in the US even have a manual transmission option” I think this is bad because, people nowadays are not going to get the feel for the car anymore and for the people that love stick shift cars, we are not going to have that much options. Also with self driving cars us americans are getting more lazy by the year. Another sentence that I also that caught my eye was “Americans have forgotten the value of actually driving and most people only see cars as strictly mean of transportation”and this is true, due to technology the majority of americans don’t care about being one with the car. Their attitude is strictly on getting from point A to point B the fastest. And the more technology we have the more lazy we are going to get. Machines are going to do everything for us. I don’t know if you heard about the new self driving cars google is trying to make or the autopilot that the Tesla models have, technology is taking over and we have to deal with it. But we should never let manual transmission cars die. And I agree with everything you’re saying, americans are getting lazy but like I said we have to deal with it because the world is changing but it doesn’t mean us manual transmission lovers have to change with them. Thanks for your writing. I look forward to seeing what you write next, because this was very interesting and we need more people like you.

Nathan,
I am interested in your post because in this generation, I have noticed that not a lot of people nowadays know how to drive a manual transmission car and I learned on a stick shift car when I was learning how to drive. Cars this year are mostly automatic and I really agree with that people are not willing to drive stick shift because they are too lazy to shift gears and they want to text and drive. One thing that you said that stands out for me is “Ever since the automatic transmission has come into existence and become more and more affordable the more and more people want to buy it because it is easier to drive, takes less focus, and leaves more room to fit your giant cup of coffee in the middle console.” I think this is interesting because I know a lot of people that do not know how to drive a stick shift and most prefer to not be shifting gears when driving and want to make it easy. Me personally, I love to drive stick shift because it is cool shifting gears and it makes me a better driver. Automatic is too easy and sometimes I like to challenge myself and driving a manual keeps me more focused when driving.

Nathan,
I found this particularly interesting because I have often wondered the same thing myself, and I always take note of whenever I see someone driving a manual. I personally don’t know how to drive a stick shift, but I know many people who do. You might find this article helpful: https://cars.usnews.com/cars-trucks/best-cars-blog/2016/09/why-are-manual-transmissions-disappearing. In my opinion, in addition to your reasons above, most drivers today are distracted enough already with their cell phones, there’s no way they could actually drive a manual and properly pay attention, so the stick shift will continue to decline.