Why do zoos keep animals in captivity, when, in reality, they should be out and about in the wilderness?

Home Why do zoos keep animals in captivity, when, in reality, they should be out and about in the wilderness? 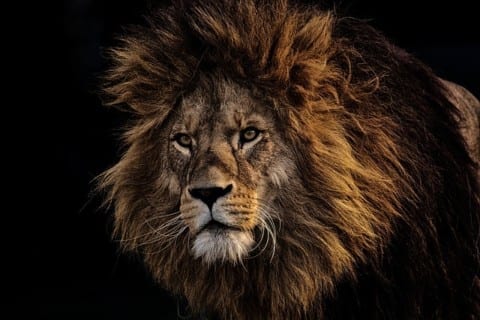 I believe it to be cruel for animals held in captivity in zoos because it limits their freedom to be themselves and live the lives in their wild and natural habitats. According to recent studies, keeping animals captive in zoos and other places such as petting zoos is a positive reinforcement because it allows others to study and learn about them. Additionally, zoos allow people and animals to convene, which helps humans to gain more knowledge on how to assist the creatures and why they are being enclosed: “On the other hand, by bringing people and animals together, zoos have the potential to educate the public about conservation issues and inspire people to protect animals and their habitats” (Learn English Teens British Council, 2019). By enclosing animals in zoos, this permits us to learn about their experiences and why they are where they are.

Other studies prove that animals being held in captivity is a safer option as opposed to being out in the wilderness independently due to injuries and mental health issues. According to KQED, being enclosed and captivated in a zoo helps with captive breeding: “Proponents of zoos point to the fact that they educate the general public, are beneficial for scientific research, and work toward conservation efforts and captive breeding” (Sencer, 2016). Captive breeding is protecting endangered species from extinction. Overall, captivation is an optimistic outlook because it aids animals from becoming extinct and authorizes others to learn about all types of species from around the world.

But, studies show that if animals are confined, especially in small spaces they may lose contact with others and themselves, making them lose their happiness and quality of life. According to Grace Marie Velez Colon at Weebly, zoos cage animals for the entertainment of the human race and less for educational purposes: “Zoos used animals for entertainment against their will. Visiting zoos gives a subliminal message that it is okay to use animals for our own ends, however it implicates their freedom or quality of life. There is a counterpoint that says zoos are a good tool for education, the reality is that zoos are deficient in education. People do not go to zoos for educational reasons, they simply go to be entertained by those weird and fun animals seen as objects” (Colon, 2014). This represents that animals are displayed and seen as objects like a museum walkthrough or a circus. Overall, they should be treated better by zookeepers, who should let them be free and live their lives in peace and tranquility in the wildlife with various species.

Hi Aria! I agree with you that the best scenario is that animals are out in the wild where they belong unfortunately, this is impossible for many species. Many animals do not have homes due to deforestation from humans. With the issue of climate change growing many animals such as polar bears are facing extinction in the wild and the only way they will be alive is through zoos. Zoos do a very good job of educating the public about all animals and the habitats in which they live. Zoos are home to a variety of animals and without zoos smaller reptiles would be completely extinct in their natural habitats. Thanks to zoos smaller, less represented, animals have a home and a second chance at life. If zoos weren’t around many people would not know that these smaller species exist and they would experience a “silent extinction.” I found this article on how zoos are helping animals in a multitude of ways I hope you enjoy it! https://time.com/4364671/zoos-improve-lives-of-animals/