Why Do We Need To Save The Sharks?

Home Why Do We Need To Save The Sharks? 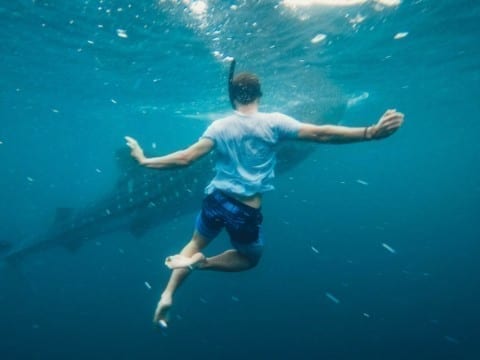 It is evident that the worlds shark population is rapidly decreasing, which supposedly causes negative effects on the overall health of the ocean. There are many demands that must be met in order to restore the shark population in the wild.

But the biggest question is why do we need to save them? Aren’t they just the bullies of the sea, that go around killing innocent seals and attacking humans? The answer to this is more complex than that. The media has been against sharks for as long as humans have been around. While other marine animals get movies like Free Willy, or Dolphin Tale, sharks have Jaws, Shark Night, and many others that demonize their existence.

Olivia, you really touch on many preconceived notions many still have over sharks. People seem to forget that sharks are very important in the balance of the sea. Like you said, sharks don’t kill humans as much as people like to believe, and that’s because they’re more afraid of us then us afraid of them. I hope this will serve as an important catalyst in the change of view of how our humankind views sharks.

I believe that we need to save our lives first, then try to help animals. Because there are people are getting killed everyday and no one is saying anything. What’s crazy is that when people found out about a turtle being trapped in a plastic bag they all started talking about it and sharing it all over social media. I’m not saying that’s wrong but don,t you think we all should do the same and more for those innocent people getting killed in front of their families in Palestine, Iraq, Yemen, Pakistan, china, and all the other countries. for no reason.

I really liked that you bring into consideration the existence of sharks in this post. I agree with you on how the media makes them seem evil, but in the end of the day, they are animals and killing seals is their instinct as they do so to survive, and killing humans isn’t as common as people would think. I also know that them going extinct would only affect the ocean food chain and the oceans overall.