Why Do We Decorate Christmas Trees?

Home Why Do We Decorate Christmas Trees? 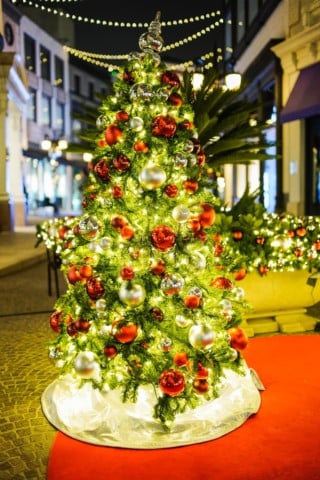 Many people enjoy decorating a Christmas tree every year. This tradition is extremely valuable to so many people, but many may not realize that it has a long and interesting history. As we all prepare for Christmas this year, it is fascinating and important to learn where our traditions originate from.

For thousands of years, people have used evergreen trees and plants to celebrate winter festivals. In Europe, pagans decorated their houses with branches of evergreen fir trees to bring them joy during the winter solstice. To the people in the Northern Hemisphere, “the evergreen plants served as a reminder that the [sun] god would glow again and summer was to be expected” (Puiu). Other cultures used evergreens for worship and decorating temples. Evergreens reminded people of fertility and new life during the darkness that winter brought.

The custom of modern Christmas trees began in western Germany during the 16th century when Christians brought trees into their homes, decorating them with gingerbread, nuts, and apples. In the 17th century, people began to decorate trees more extravagantly, and they were brought to festivals and used in the big royal courts. In the early 19th century, the tradition spread to royal courts across Europe. Germans emigrated, and they brought the tradition to other parts of the world. People in some places, including the United States, believed that Christmas trees were a foreign pagan custom until the mid-19th century.

Christmas trees originated in Germany, but Britain’s Queen Victoria and Prince Albert popularized them in the 1840s and 1850s, when a drawing of the royal family standing around a Christmas tree was published by the Illustrated London News in 1848. The family celebrated with a decorated tree because Victoria’s mother was German, so she grew up with the custom. Quickly, all of Britain began decorating trees with decorations, candles, and sweets. Then, two years later, the same image was published in the United States, and soon enough, the Christmas tree was popular in the United States. Queen Victoria is known as “the most powerful monarch of her time,” and it is very possible that if she did not share this tradition with Britain, then “decorated fir trees might have remained an obscure custom that only a couple of Germanic and Slavic countries practiced” (Puiu).

Today, millions of people around the world decorate a tree during the Christmas season, and it is representative of many different faiths and cultures.

Puiu, Tibi. “The Origin and History of the Christmas Tree: from Paganism to Modern Ubiquity.” ZME Science, 8 Dec. 2017, www.zmescience.com/science/history-science/origin-christmas-tree-pagan/.

Nice, comprehensive history, Kaylee! What I find most interesting is the Christmas tree’s arc from pagan symbol, to its appropriation as a Christian symbol in Germany, to its popularization from British royalty. This history of the Christmas tree reminds me a bit of the history of Halloween. I wonder how many other traditions we carry on today follow this same trend of being passed from one culture to another.

I think these cool historical tracings are right up your alley as a writer, and I also think that they’re insightful because we almost always take the complexity behind some of our most beloved traditions for granted. I’d love to read a similarly formatted follow up to this piece on a new subject.

I am fascinated by your writing “Why Do We Decorate Christmas Trees?” because I didn’t know that Christmas trees had to do with people’s beliefs. I also didn’t know that there was a history of decorating a Christmas tree. One sentence that stood out to me was ” There is a story that asserts that he found some native Germans performing sacrifices in front of an oak tree because the trees were sacred to the god Thor, so he chopped down the tree to stop them from worshipping a false idol.” I think this is interesting because I always thought that part of Christmas was decorating a tree. I never knew that at first Christmas trees were bloody. Thank you for your writing. I look forward to what you write next.