Why do Semi-truck laws pass so quick?

Home Why do Semi-truck laws pass so quick? 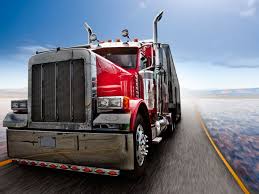 Something that isn’t called about is semi trucking laws and how quick everything gets passed changing people’s lives.

When I was in my sophomore year, my dad started to talk about this new law that was going to come out and he was really worried about it. Other uncles, who are also truck drivers, were calling my dad worried for him because my dad just bought a semi truck three years ago and this law was saying he would have to buy a new truck if not he would be fined and also not able to go to the port where the boats were to unload.  So we start looking up for some. We were looking for a 2008 Freightliner one axle and with 450 hp. We looked at all the close places around here and couldn’t find any and if we found one or two they would be selling it really high because they knew about the new exhaust law. We started to look out of state and found this big company called Ryder. I woke up every morning at 4:30am to call this company to see their new shipment of semi trucks to see if I could find one for me to buy and the shipments always came in the middle of the day , so every day after doing homework and even the same time of doing homework, I would be calling Ryder company.

This went on for a month but what happened next has changed my life, my family’s lives and the ones that know me. I bought a white colored Freightliner 2008 one axle and with 450 hp ready to work had the exhaust filter my days of searching was over but it was all the way in New York. We got it shipped and when the semi got derived, my Dad got everything for it: the license plates, insurance and everything else that goes with it and the semi got checked and everything checked out even gave my dad the sticker that shows he has the new exhaust. A around two months he starts working finally and the semi breaks down. He went to Freightliner to take the semi to get fixed. Four weeks later they told us this shocking news that the semi we have bought from New York had a fake engine sticker saying it was the one it came with but it wasn’t it was a 1998 engine and the wiring of that engine made withing miss up so they started to search what else they could fine and found out that this truck also didn’t have the new exhaust filter. So we asked yourself how did it pass to get the pass saying it did and this people that we bought this from, did fake paperwork.

So what happened was that it couldn’t be fixed and we were stuck with something we couldn’t return and here a big part the government wasn’t going to do anything about it and we started looking for layers and no one would take out case because it was such a new law and did not have other laws to help it out, that needs to change with all the new laws. So we lost more than $60,000 dollars. We ended up selling the semi for $3,000 dollars the same amount we paid to get the semi shipped over here. So then I started looking for semis ones again since the beginning of searching for semi’s this was affecting my grades of my sophomore. Was waking up early again was getting checked out of school some days to call and search for more semis and do the same then when I got out of school till 12:30 everyday. So finally we bought another one in California it caught $68,500 dollars not adding all the adding things we have to get to be allowed to work here. The all around cost of getting both semis was $128,000. Also remember that my dad didn’t work for 6 months before no wonder I got so worried and developed a wick and my mom getting sick and having to get surgery but that’s another story.