Why Do People Give Up on Their Faith?

Home Why Do People Give Up on Their Faith? 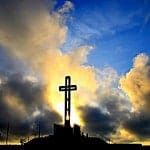 People in less fortunate countries have faith as a sign of hope. Although people have lots of faith there are people that give up. It could be about income loss of family or even war that gives a reason for people to pray or give up.

In the book And…the Earth Did Not Devour Him by Tomás Rivera, as a boy the writer works in the fields and his family has a very low income. He works every day and tries to make it easier for his parents. One day he gives up, and he questions his own faith, questioning the existence of his God.

His father had a sunstroke and his mom was praying for him to get better and the Rivera was fed up already. He started cursing God and swearing all over the place. His father had gotten better, but he was disappointed.

This is an example of people so easy to give up on their faith , but in his defense, he was fed up already with the hard labor and nothing good coming from it.

This is an interesting topic that I would love to explore more. I currently am struggling with my faith. I am Catholic and many things have challenged my belief system. Within the church, I disagree with some of their teachings, specifically about the LGBTQ community, and rape culture. It is also hard to be apart of a group where leaders have assaulted children. Outside of the church, I also see great pain for many people. Its hard to understand why my God would let this happen.

Hi Miguel.
I was just writing a paper about God and why people leave their faith. I also think that people feel intimidated sometimes by God and don’t feel worthy enough. People can become overwhelmed with God and all faiths. I believe faith is meant to be a struggle but I also see how that boy wouldn’t be able to see God when his father was sick. However, I think through the struggles, the closer you are to your beliefs. Thanks for sharing!